Can Yaman gave an interview to Vanity Fair magazine 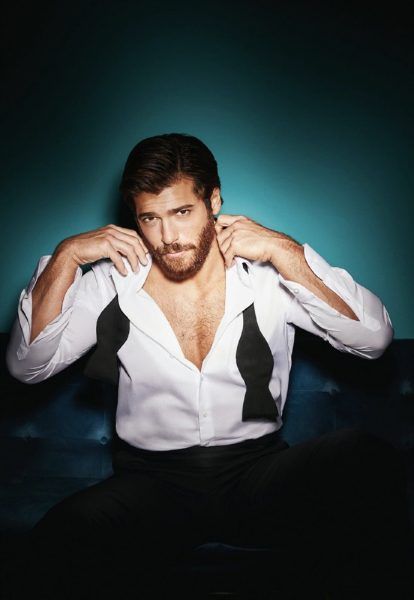 Can Yaman continues his career in Italy, settling in the local show business. An important step towards the recognition of the Turkish actor by the Italian audience was the shooting for the popular Vanity Fair magazine, after which he gave a short live interview to his fans.

As the actor admitted, difficult periods happened in his life. For example, attending a regular school while his father ran out of money became a real nightmare for him. But then he got a scholarship, and it saved his life.

In Italy, he started a new life from scratch, and he really likes it, he found a family here. He does not hide his love and takes responsibility for the woman he is in love with. At the same time, he respects his beloved very much, tries to be honest with her and protects their privacy. Regarding the wedding, which is rumored to take place in the near future, Can hinted that he is a man of action. If this happens, everyone will see, but for now it’s a surprise. By the way, he recently moved from a hotel to an apartment, which he rented and is now in the process of settling in a new place.

His problem is he can’t stop himself, but in a second everything is gone. He is very angry that people consider him an inexperienced fool who has no opinion of his own. Give advice like he’s dumb. Especially in his youth, he was very angry at such an attitude, but now he has become calmer. Although he still prefers compliments to criticism.

As it became known, the Turkish actor signed a contract with Lux Vide for two years, so he is unlikely to return to his homeland in the near future. In addition, he had another reason to stay in Italy – his beloved woman. It remains only to wish the actor success in his work and personal life.