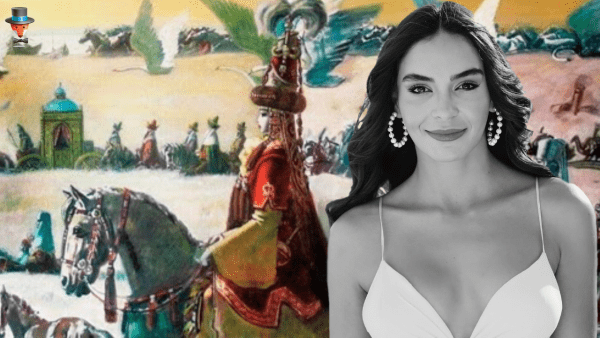 Good news for Ebru Şahin fans! The favorite star returns in a new TV show from the creator of such historical projects as Resurrection Ertugrul and The Ottoman. Not surprisingly, a great historical series awaits us.

Ebru Şahin, who became a real star after the success of the series  Hercai, received several interesting offers from Turkish producers who would like to see the actress in their projects. In the end, Ebru made her choice, focusing on the script that made the strongest impression on her.

If there are no last-minute changes, Ebru will return to the screens on the series for ATV channel Legend / Destan. The producer of the project is well known to the audience – this is the creator of the series Resurrection Ertugrul and The Ottoman Mehmet Bozdağ. The script is written by Ayşe Ferda Eryılmaz and Sedef Nehir Erdem, who previously worked on the TV shows Lifeline / Sen Anlat Karadeniz and Ambassador’s Daughter / Sefirin Kızı. The director is Emir Khalilzadeh.

The series, which was previously called the Saga of the Bright Girl, will tell the love story of an orphan girl and a khan’s son, whose arm is paralyzed. Events will take place in Central Asia in the 9th century, when the Turkic tribes converted to Islam. Filming for the show will begin in July. While it is not known who will play the main male role in the project, negotiations are underway with several leading Turkish actors.