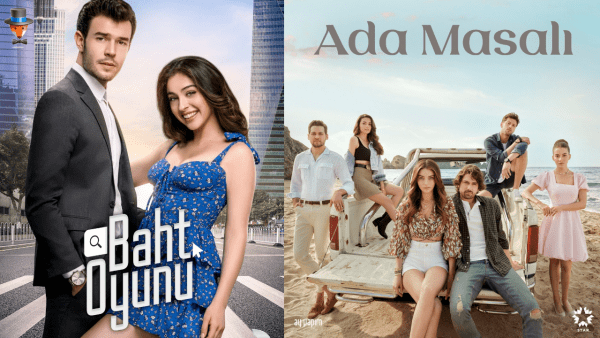 As you know, Turkish romantic comedies are always in a very dangerous position. As a rule, only one TV show will continue in the main autumn-winter television season, the rest will be canceled. It is not surprising that viewers are very worried about the series they like and hope that it will be his favorite show that will be the lucky enough to get the ticket for the main season.

A particularly intense struggle for existence awaits us this summer. For the main television season, private TV channels will almost completely change their broadcasting schedule, dozens of new series have been ordered, and the biggest Turkish stars are expected to return. It is almost impossible for an ordinary summer romantic comedy to survive in the battle of the titans, but those who win the summer battle can compete for a place in the rating table in the fall and possibly even in the winter.

So what show has become more popular with Turkish viewers? A romantic story in a seaside town starring very popular actors Ayça Ayşin Turan and Alp Navruz, or the classic story of a boss and his subordinate in Istanbul, starring the young and not very well-known actors Aytaç Şaşmaz and Cemre Baysel.

The first round was won by the “Tale of the Island” series, which showed the best results in the rating compared to “Game of Fortune”. However, we note that both shows did not receive the numbers that summer projects had in previous seasons. It is possible, of course, to attribute failure to football matches, but football has happened before and has not disturbed spectators. As always, everything will be decided by the subsequent dynamics, the rating can go up or down. However, for now, both series are in a very precarious situation.