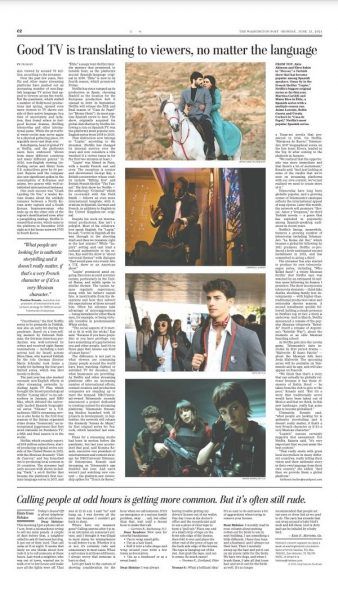 One of the most authoritative and oldest publications in the United States, the Washington Post, publishes a long analytical article showing that the tastes of modern viewers have changed a lot. Now, TV shows in any language can captivate audiences. One of the examples of such success is the Turkish series Hercai, which is successfully broadcast on the Telemundo TV channel. The first episode of the project, which has already been sold in 46 countries of the world, was watched by 1.5 million Hispanic viewers in the United States. The interest in the series is great, especially in Latin America.