Will Sandokan starring Can Yaman be cancelled? 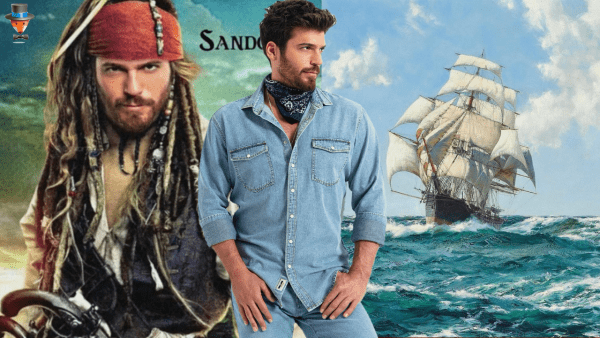 Fans of Turkish actor Can Yaman are in a panic. The Italian press reported the most unpleasant news: the Sandokan series has been suspended and may be canceled. However, is this really so and is there cause for concern?
Italian audiences are eagerly awaiting when the filming of the miniseries about the adventures of Sandokan begins. We remind you that the first film adaptation of the book by the Italian writer Emilio Salgari was released in 1976. Kabir Bedi played the main role. In the new version, the “Tiger of Malaysia” will be Can Yaman, familiar to viewers from the series Bitter Sweet and The Daydreamer. It is expected that there will be 8 episodes of 50 minutes each.

We are promised that this time the story will be shifted from a male to a female character. Who will play the role of Marianne is not yet known. The CEO of Lux Vide has stated that he prefers the modern version, that is, the heroes will leave the 19th century. However, we watched for a long time the training of Can Yaman, where the actor learned fencing and riding, which seems to suggest just a historical plot. Perhaps something has changed, and the script is being rewritten. Recall that the American producer Scott Rosenbaum has just become  the show-runner of the project. He is likely to seriously remake the script.

Not surprisingly, the preparation of the Sandokan may take longer than previously anticipated. However, the Italian press immediately went into a panic, filled with rumors that the series was placed on hold or simply canceled. Fans of the actor are nervous, as preliminary preparations for filming were supposed to begin in June, but have not begun. Can Yaman is still in Rome, he did not go to the camp to prepare for the role as promised earlier.

However, this conclusion was made on the basis of rumors and gossip in social networks, so it should not be seriously considered. We remind you that according to the official version, filming should start in October. If they are postponed, that is also quite normal, they will not launch the project until the company will be totally ready. No clarification has yet been received from Lux Vide.