Can Yaman confessed his love to Demet Ozdemir? 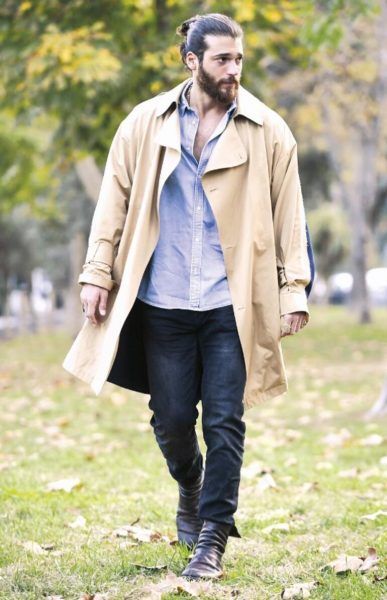 During the broadcast of the series The Daydreamer / Erkençi Kus, many viewers were sure that there were definitely sparks between Demet Ozdemir and Сan Yaman. And it seems that in a recent interview with Hürriyet magazine, the actor confirmed these suspicions.

In an interview with Cengiz Semirсioglu, Сan Yaman said that the success of the series The Daydreamer / Erkençi Kus is largely due to the fact that their couple with Demet Ozdemir was real, the audience believed in it. They became a couple in the 20th episode.

If Demet were a snob, then nothing would have worked. For example, he had problems with the co-star in the series Which of us did not love? Selen Soyder  because of her snobbery, so they could not convince the viewers. The co-stars in the Turkish series must have a high libido. The actors either have one or not. All the shows that didn’t convince the audience are the series in which the leading actors did not have a connection. Viewers should be wondering, “Are they really a couple in life”? Otherwise, nothing will work. According to Can, he and Demet were at their maximum. But now he is alone and there is no love in his life.

Now the audience is wondering what exactly was discussed in the interview with the actor. Did he admit that between him and Demet there was actually an affair on the set of the series, or did he mean only the characters of the series. In any case, very many reacted to this confession very negatively. Turkish viewers believe that if the relationship has already ended, then this is wrong to put shame upon the girl with confessions that he was once intimate with her. This is a matter of honor and for Turks it is very sensitive matter.

We hope that in the near future, Can will give clarifications on this matter and dispel any doubts.