Сan Yaman told about his feelings for Demet Ozdemir 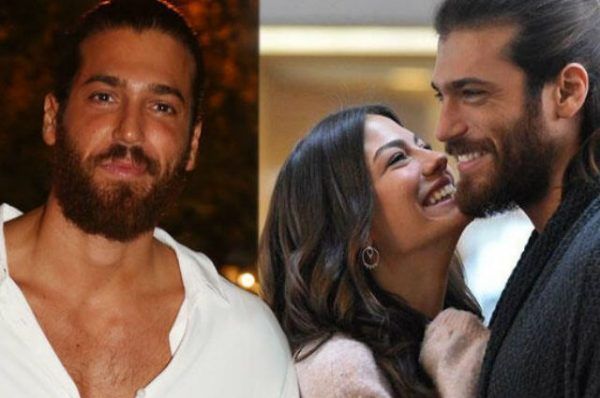 The personal life of Can Yaman is receiving particular attention of the Turkish press. As a rule, the actor avoids questions about his relationship with Demet Ozdemir, but this time he made an exception and honestly talked about his former co-star.

Can Yaman continues to attract the attention of Turkish paparazzi. The young actor enjoys spending time in the company of friends, preferring nightlife, which is not surprising. Earlier he admitted that he feels great at night. On the eve Can attended the engagement party of his friend in the Etiler district.

According to the actor, he had never answered questions about his personal life and his relationship with Demet Ozdemir. And in the future he believes that this will not be appropriate. However, whether she congratulated him or did not congratulate him, it does not matter to him. Demet for him has always been and will be very dear, she is special, precious. And will always remain so, no matter what. Whatever she does, this will never change. He will always be her most loyal fan and follower. He will be happy to look at her future work, because she is a very talented and special actress. But he will no longer answer personal questions.

Also, Can Yaman said that in the very near future he would get rid of his image and make a new hairstyle for a new role. And the actor is going to donate his hair to charity.

We remind you that on November 26th the actor will visit Spain, where he will be a guest of the program of the Spanish television channel Telecinco “Volverte à ver”. In January, he will join the army, and already in February, the shooting of his new series Life Debt / Can Borcum will begin. Whether the project will become popular with the Turkish audience time will show.