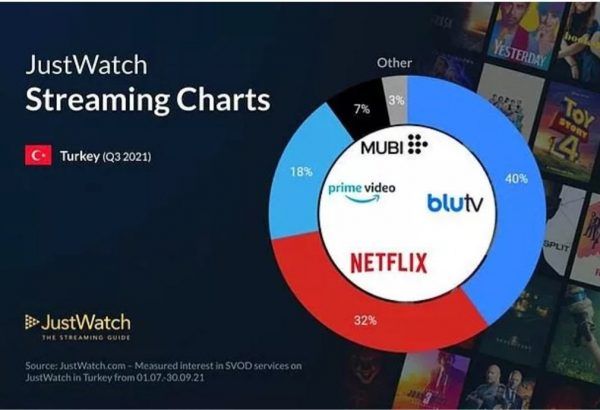 According to JustWatch research, the digital platform Blu TV continues to lead the Turkish digital market with a 40% share. Netflix (32%)  is on second position and Amazon Prime (18%) is on the third one. Note that in six months, Netflix was able to grow 5% of the audience, while Blu TV lost 3%. Amazon Prime’s share has remained unchanged, which is likely due to the fact that Amazon subscriptions are not used because of the video catalog, but due to the delivery system of goods and services that are included in the subscription.