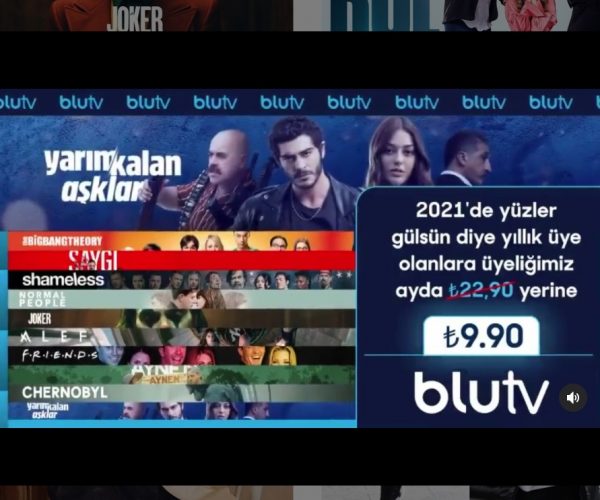 The most watched TV series of the Blu TV digital platform in 2020. Among the original products, the series Respect / Saygi was of the greatest interest. It is followed by Alef, Unfinished Love, Children of the Street and Exactly. The unchanging leader of foreign products is Game of Thrones.

On the occasion of New Year, the subscription price for the Blu TV has been reduced from 22.90TL to 9.90TL. How will competitors respond? By the way, the CEO of the platform, Dogan Yalçindag, in his twitter laughed at the figure of 900 million Turkish lira (which Acun Ilicali intends to spend on his Exxen platform in a year). It looks like it seemed too insignificant to him.