Neslihan Atagül and Kadir Doğulu are going through a family crisis 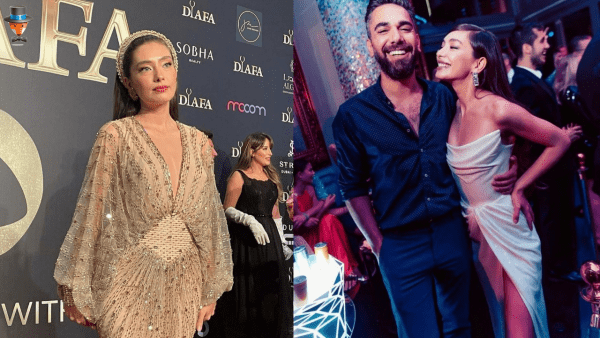 The prestigious award that Neslihan Atagül received in Dubai failed to cover up the scandal that broke out in the star’s family. What happened? Is Kadir Doğulu cheating on his wife? Is the couple on the verge of divorce?

Neslihan Atagül traveled to Dubai, where she received the award for Best International Actress 2021 at the DIAFA Awards. The award was presented to the actress for her work in the TV series “The Ambassador’s Daughter”. Recall that Neslihan suddenly left the project in January, and so far her new project is not known. Her husband Kadir Doğulu was not present at the awarding ceremony, however, he wrote congratulations to his wife on his Instagram account.

As reported by the Turkish media, Neslihan was clearly not in the mood, and this is no coincidence. The journalist Onur Akay reported live that Kadir Doğulu has a mistress. This is his former colleague on the TV series Recipe for Love / Aşkın Tarifi Serra Aritürk. This caused a major crisis in the relationship between Kadir and his wife, who went to receive the award in Dubai without her husband. There’s talk of a divorce.

It’s not all that sad, though. In her acceptance speech, the actress thanked her husband for his support, leading Turkish journalists to conclude that it was possible that the couple reconciled.  Whether this is actually so, we will find out very soon.