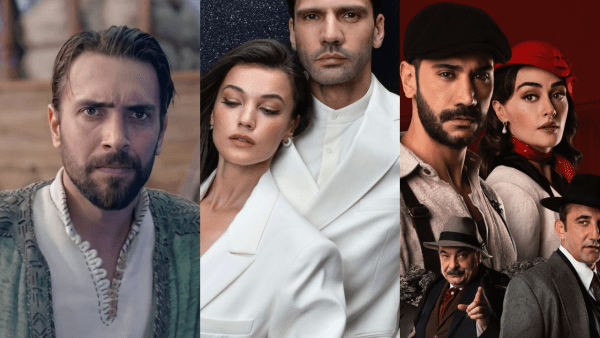 Despite the threat of infection, Turkish filmmakers continue to work on the TV shows. However, at some point they still have to take a break when the situation gets out of control. The filming of the series has been stopped. For how long?

For almost two years now, the coronavirus has been making serious changes to the work of Turkish show business. The TV shows  goes on hiatus one after another, the cases of infection on the set are growing. Alas, the new wave of coronavirus infection threatened to disrupt the series production. But there is good news – thanks to vaccinations, the shows will not have to make an early finale, just a short break, while waiting for the leading actors who are in isolation.

Filming for the series Barbarossa: The Sword of the Mediterranean Sea was halted after Engin Altan Düzyatan, Ulaş Tuna Astepe and Cemre Gumeli were diagnosed with coronavirus. However, work on the project began long before the broadcast, perhaps the creators have enough material so that viewers do not notice the two-week break.

The series The Trial had less luck: the producers have no spare episodes, so after Pinar Deniz became infected, they had to take a break for two weeks. The new episode of the project will air on January 9. The producers of the series Lawless Lands will also take the break: the test for coronavirus at Dogaç Yildiz and Basak Parlak turned out to be positive. The shooting of a film about the singer Bergen was stopped: first Farah Zeynep Abdullah, and then Erdal Beşikçioğlu was diagnosed with coronavirus.

News of the suspension of work due to cases of infection on the set comes almost every day. Alas, this is a new reality that show business will have to deal with. And maybe it will forget about the old Turkish habit of filming TV series a week before airing.