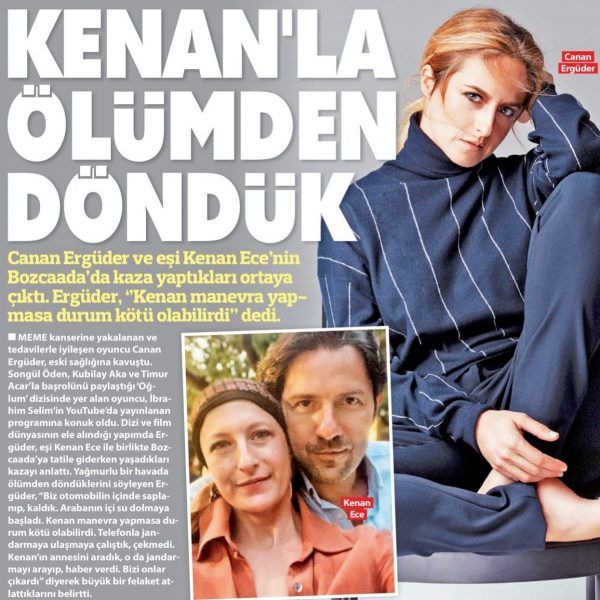 Canan Ergüder, who was a guest on the YouTube program of Ibarim Selima, said that on the way to Bozkaada a few years ago, she and her husband had an accident. On a slippery road in the rain, they got stuck in the car, the interior began to fill with water, everything could have ended sadly if Kenan had not maneuvered. They tried to get through to the gendarmes, but failed. Then, nevertheless, they got through to Kenan’s mother, and she called the gendarmes, who evacuated them some time later.