Engin Akyürek: Disney Plus vs Netflix 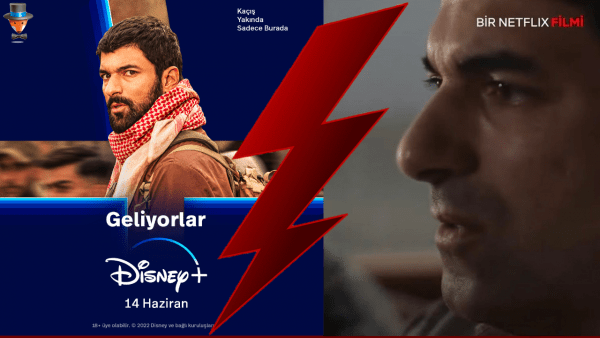 Disney Plus is launching in Turkey, clearly claiming to be the digital market leader. However, Netflix is ​​not going to give in to a competitor, preparing projects for its subscribers that will convince them to stay. What will happen in the next two months?

The Disney Plus digital platform will launch in Turkey on June 14. Disney does not spare money either in Turkish projects or in infrastructure. A $120 million film studio is under construction, more and more new TV shows are ordered, millions of dollars are spent on contracts with Turkish stars.

However, Netflix does not intend to give away its subscribers without a fight. Especially given the not very positive results of recent months, which led to the largest collapse in the company’s stock price due to the loss of almost 700 thousand subscribers in the world. We are expecting decisive battles for the Turkish media market. Netflix is ​​also building its own film studio in Turkey and is not afraid to outbid promising projects from a competitor.

So, in order to get the series “The Tailor” starring Çağatay Ulusoy, having intercepted it from Disney Plus, Netflix took an unprecedented step by ordering three seasons of the project at once, which is filmed in one large block. The platform is ready to make the dream of millions of viewers come true by combining the famous couple Kıvanç Tatlıtuğ and Beren Saat in the movie. Almost all Netflix series in Turkey have been renewed for a second season, even those that have not been very successful in the world, like “The Club”.

Another “blow” that Netflix inflicted on the competitor was the announcement of the premiere of the film “Good luck” starring Engin Akyürek and Tolga Sarıtaş on May 23. Note that the first Turkish Disney Plus project will be the series “Escape” starring Engin Akyürek. Both projects are produced by O3 Medya and Same Film. Which of the two will interest viewers more?

We should expect even more competition in the digital market soon, as HBO Max and Amazon Prime will join the battle.