Can Yaman is tired of his fans 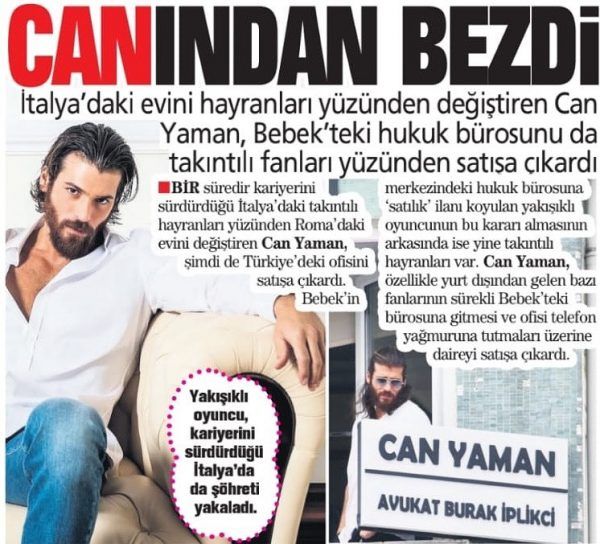 The Turkish press reports that Can Yaman was forced to sell the property in Istanbul, where his law office was located, fans who constantly interfered and visited this address, despite the fact that the actor lives in Italy. Recall that earlier Can Yaman also accused fans in Italy that they prevent him from living a normal life, and because of this he is forced to move from an apartment near the Colosseum. Recall that Can is the most open actor who communicates a lot and willingly with fans who are used to feeling involved in the life of an idol.