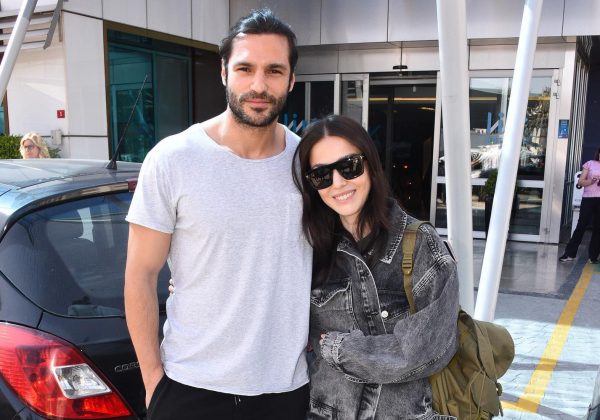 Great news for fans of Serkan Çayoğlu! In the near future, the actor will not only celebrate his wedding, but will also start filming a new movie. What do we know about the project right now?

Serkan Çayoğlu, who was spotted in the Etiler district, said he had a dress fitting for a tuxedo. As the actor admitted, he and his wife wanted a modest wedding, but relatives wanted everything to be magnificent. Recall that recently the wedding ceremony of Serkan and his beloved Ozge Gurel took place in Germany. According to the actor, the wedding celebration will take place in Italy, which is of particular importance for them. He was fascinated by his bride in a wedding dress, but there was no time to enjoy the moment, they began reading scripts, choosing projects. They had to postpone their honeymoon due to work. It became known that Serkan and Ozge will play a wedding on August 13 in Verona, Italy.

The actor confirmed in an interview that he will take part in the filming of the movie and then consider offers of work in the TV shows. According to the well-known journalist Birsen Altuntas, it is about the film “Oregon”, directed by Keren Ayan. This is a real story that happened in the 80s of the last century in Bodrum. In the center of the plot is the story of the young jeweler Hakan, who fell in love with the girl Gaye. Aslı İnandık will be Serkan’s co-star in the movie. Nejat İşler will appear in the movie as the guest star as a very famous actor named Orçun . According to the plot, two lovers will have to deliver the film entrusted to them to its owner in Istanbul, after which the events in the film begin to develop.