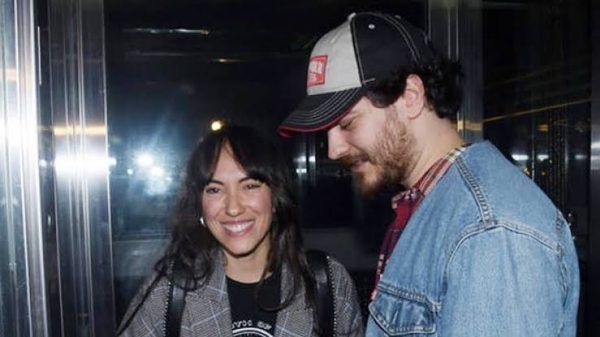 The Turkish press reports a crisis of jealousy between Çağatay Ulusoy and his girlfriend Duygu Sarışın. However, how true is this information, and what was the reason for the fantasies of the tabloids this time?

Filming of the Netflix series “The Tailor / Terzi” starring Çağatay Ulusoy and Şifanur Gül continues in Istanbul. The show will consist of 3 seasons, which are filmed in one block. According to Ece Sukan, who plays the role of the assistant of the protagonist named Suzy, the 1st season of the series will be released on the platform in December.

Meanwhile, the tabloid Takvim discovered that Berrak Tüzünataç, whom Çağatay was dating 10 years ago, is one of his co-stars in the series. The journalists immediately had a fantasy. They announced that the show had many bold scenes that terrified the actor’s beloved Duygu Sarışın. She fears that the old passion will flare up again, so she made a scene of jealousy for Çağatay. The journalists were in such a hurry to publish the news that they called Duygu not Sarışın, but Işık. By the way, Berrak joined the cast back in July, so the news is belated to say the least.

Recall that every time the gossip about Duygu and Çağatay turns out to be false, but the Turkish press continues to stubbornly tell their own fantasies in the absence of real information about the actor.