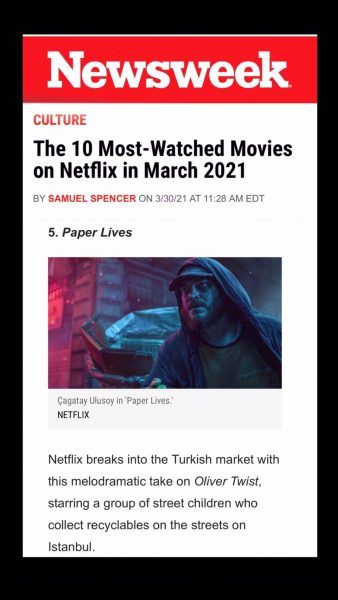 The largest American news outlet Newsweek, which has existed since 1933, publishes the results of the screening of films on Netflix around the world in March 2021. In fifth place among the streaming giant’s most watched films is Turkish movie Paper Lives / Kagittan Hayatlar. This is the best result that a Turkish film has ever achieved at the worldwide box office. For American journalists, this is the Turkish version of Oliver Twist, with which Netflix broke into the Turkish market.