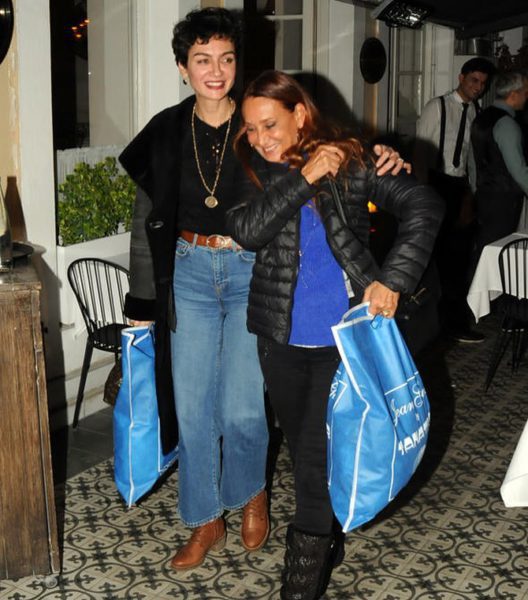 Birce Akalay and her mother Yasemin Ergun left the club in Karaköy district. Journalists asked about the photos of the actress in an engagement dress. Is she getting married? Birce admitted that she was just kidding, she liked the outfit – she put it on and took a photo. It means nothing, she has no matrimonial plans. Recall that due to the fact that the former husband of Birce Sarp Levendoğlu recently broke up with his present beloved Derya Şansoy, rumors were leaked to the press that they had made peace with Birce and were even going to get married again.