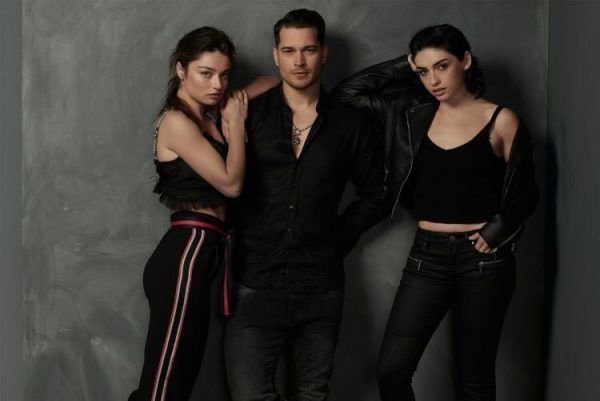 After the release of the second season of the series Hakan: Muhafiz / The Protector of its cast predictably rose in the IMDB rating, and the positions in relation to each other have not changed. Still, the biggest interest of the foreign audience is Ayça Ayşin Turan, who, by the end of last week, ranked first among Turkish actors, rising to 2.992 points.

Traditionally, Çağatay Ulusoy is in the second place, but the actor stays in the top ten for years so it is not a big deal for him.  Interest in the actor rose by 1.929 points. In third place is the Hazar Ergüçlü, who increased by 3.602 points. Burçin Terzioğlu climbed immediately to 5,530 points, that is understandable: the weight of her character in the second season of the Protector was significant. True, this has not yet allowed the actress to get into the top ten, she took 13th place. For the first time, Engin Öztürk was included in the list of 50 best Turkish actors, interest in him grew by 11,049 points. As a result, the actor was in the 36th position. Behind him is Okan Yalabyk, which climbed to 7,059 points.

Yasemin Kay Allen continues to interest the world viewer with his work in the English TV series Strike Back. Kıvanç Tatlıtuğ dropped to fifth place, losing 4,027 points. However, like Çağatay Ulusoy Kıvanç has been in the top ten for years, so this kind of fluctuations do not really touch him.

Despite the failure of the TV series The Immortals, the leading actress Elçin Sangu aroused a keen interest in her personality from a foreign audience, that helps her to stay in the top ten in the sixth position. Also of interest is Burak Özçivit, who rose immediately to 5.911 points. It is not difficult to assume that the release of the series Resurrection: Osman will consolidate the position of the actor in the top ten, as happened with his colleague Engin Altan Düzyatan.

The top ten this week: