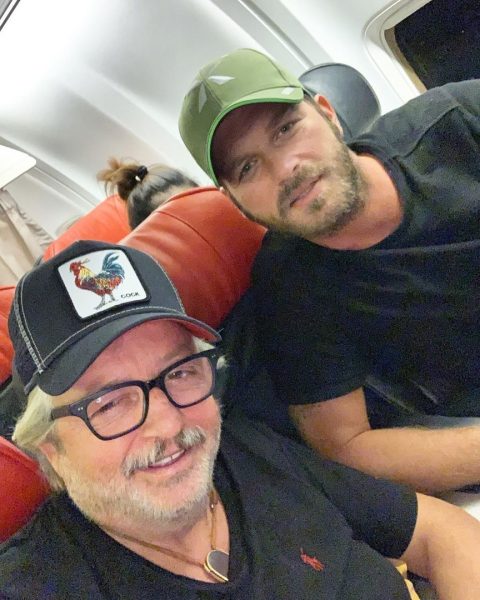 Fans of Turkish TV shows are eagerly awaiting his return but Kıvanç Tatlıtuğ decided to follow his friend Çağatay Ulusoy. What new projects of the actor are waiting for us in the near future?

Kıvanç Tatlıtuğ is one of the most beloved and popular Turkish actors not only in his native country, but also abroad. Of course, fans are eagerly awaiting in which particular project their favorite actor will star in the new season. However, alas, in the fall and winter of 2019-2020, we definitely will not see the actor in the Turkish series. As it became known, he will skip this season.

The journalist and TV presenter Kenan Erçetingöz, whom Kıvanç met in Bodrum, shared a photo with a star on Instagram and wrote: “Kıvanç is a man with a beautiful heart, he is one of the outstanding actors, constantly evolving for 17 years. He is always on the right track both in work and in his personal life. This season he will not have a series. Kıvanç will leave for Los Angeles with his wife, where he will work and improve his skills for six months.”

This information is also confirmed by the Aksam publication, which informs its readers that Kıvanç Tatlıtuğ, following his friend Çağatay Ulusoy, decided to go to the USA. There he will improve his English for 6 months, and will also be trained by the famous acting coach.

Recall that the lawyer of Mr. Tatlıtuğ previously filed a lawsuit with a request to relieve his client from the obligation to attend the court hearing in February because he will work in Los Angeles in the new movie at that time. It seems that the information was confirmed, Kıvanç will go on the road in the near future. In the meantime, he says goodbye to his friends and spends the last days of his vacation in Bodrum.

READ  Tuğba Ekinci considers that Kıvanç Tatlıtuğ is too fat