The most popular Turkish actors abroad 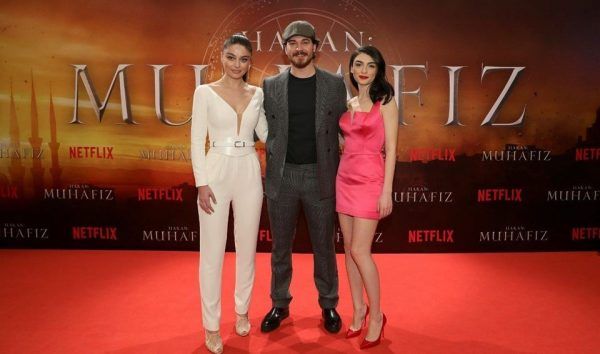 gala premiere of the series The Protector

The international movie database IMDB is a fairly objective indicator that shows which actors are interested in viewers around the world. Which of the Turkish stars cause the greatest interest of foreign viewers?

Note that you should not confuse the most popular actors with the most wanted in the database. This is not the same thing. There is a momentary interest in a particular person, caused by the release of a film or series in any country. Often, viewers have no idea about the names of the actors, they are guided by the names of their characters or photos. And as a rule, this interest fades over time.

However, there are actors who have aroused interest steadily over the years. The most successful Turkish actor in the IMDB database is Kıvanç Tatlıtuğ. For 72 weeks, he was one of the 5,000 most wanted actors in the database and never dropped out of the top ten most sought-after Turkish stars. Also, his great friend Çağatay Ulusoy is almost always in the top ten Turkish stars. He aroused interest of viewers from his first show in 2011 and it grew significantly after the release of  the Netflix series The Protector.

This once again shows how successful the first Turkish-American series The Protector turned out to be: three stars of the series were included in the lists of IMDB’s best names.

Fans of the star of the series “The Daydreamer” Can Yaman can also congratulate their beloved actor. In 2019, he climbed into the list of the 10,000 most wanted actors in the base and for 6 weeks kept this position. Whether Can can consolidate his place on top and stay next to Kıvanç and Çağatay will depend on the success or failure of his next project, so we can only wish him good luck, that he will need.