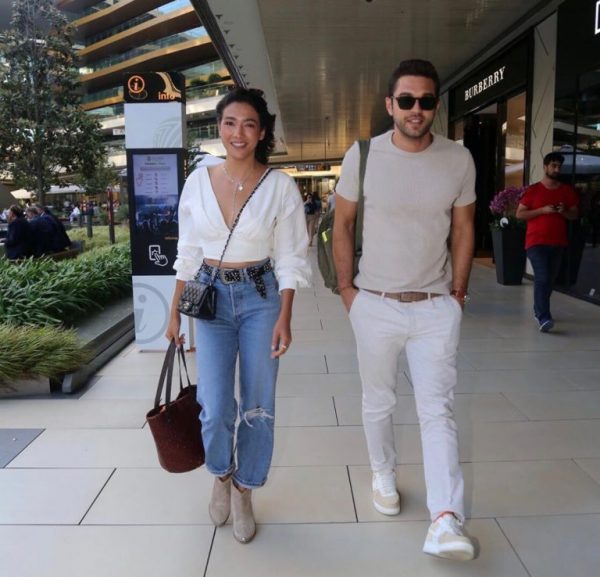 Furkan Andıç was spotted in one of the clubs with his friends. The actor said that he completed military service and will soon begin to work. When asked by journalists that Aybuke Pusat has the same necklace as his and whether they are together, Furkan replied, “Of course not.” From which the journalists concluded: “So they broke up.” Note that the actors have never confirmed their relationship.