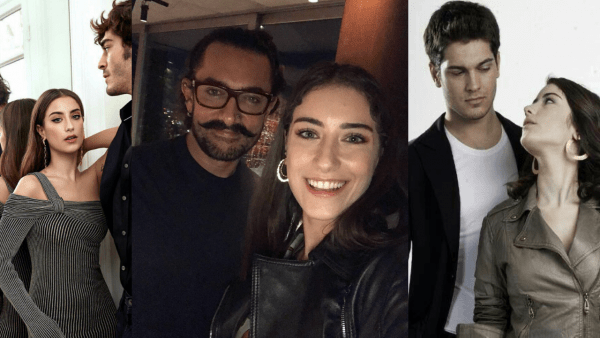 It is no secret that Hazal Kaya is one of the most beloved Turkish stars in India. And this is again confirmed by the success of the actress’s series on the largest Indian Digital platform, which is used by more than half a billion people all over the world!

Hazal Kaya’s TV shows are especially popular in India. This is again shown by the statistics of the MX Player streaming platform, which has 350 million subscribers in India and another 150 million worldwide and is owned by the Indian conglomerate The Times Group. Our Story / Bizim Hikaye and The Girl named Feriha / Adini Feriha Koydum remain in the list of the top shows and the most watched TV shows on the platform.

Unlike Western Digital platforms, MX Player is a system in which you have to pay to watch each episode (Video on demand). It is also curious that Feriha  was shown twice on free television in India with an audience of 60 million viewers. However, the demand for the show remains very high. Since the beginning of March, the series is available on the platform and has reached the top of the most watched shows.

Our Story also remains on the list of the most popular TV series of the platform. The MX Player acquired the rights to broadcast the series at the beginning of winter and from the very first days it has been firmly in the top of the most requested projects, often ranking first among all shows that are shown on the platform.

Recall that Hazal Kaya already visited India, where she is one of the most popular Turkish actresses, after the success of the series “The Girl named Feriha”. Hazal also maintains friendships with one of the most popular Indian actors of our time, Aamir Khan. It seems that many viewers would like to see an actress in a co-production film or series. But whether this dream will come true will tell the time.