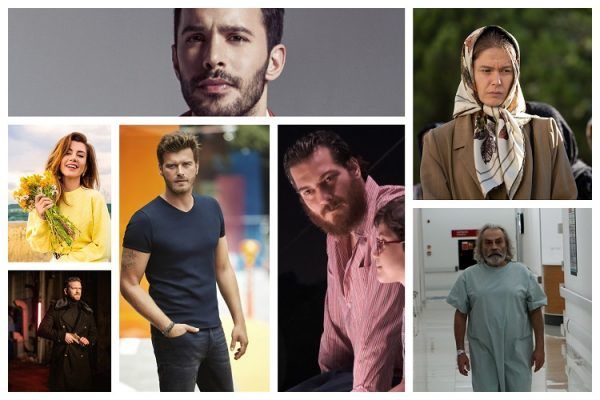 Are your favorite TV shows canceled halfway through? Is it hard for you to watch episodes for two hours? Are you dissatisfied with the quality of the series that are being broadcast on free television? 2021 will give us a powerful alternative in the form of digital platforms and dozens of new format series that you might be interested in. So, what’s waiting for us?

Digital platforms are taking over the Turkish market, seriously competing with conventional TV production. According to official statistics, in the last 6 months alone, television has lost 20 to 30% of its viewers, and this process has accelerated significantly due to the pandemic.

It is the platforms that can now create projects with a huge budget, while among television channels this can only be done by state television, which draws funds from the state treasury. After receiving substantial money from the incoming subscribers, the platforms decided to engage in a tough fight for the viewer by offering him a new format of the TV show: 45-minute episodes, completed seasons, which are filmed in advance according to a pre-written script. And, of course, superstars who prefer to work in digital shows.

The platforms are betting not only on the new format, but also on new topics that would look rather ridiculous on free television with a two-hour format, such as fantasy or science fiction. Moreover, let’s not forget that from now on, all Turkish film production will be reoriented towards the Internet, as cinemas in Turkey stopped operating due to the pandemic, which led to the collapse of the film distribution.

What films and series of the new format are waiting for us in 2021 on digital platforms?

Netflix: Opens an office in Turkey and recruits Turkish production projects at a crazy pace. The menu includes films and TV series, as well as Kıvanç Tatlıtuğ, Çağatay Ulusoy, Hazal Kaya, Beren Saat, Burcu Biricik, Barış Arduç, Gökçe Bahadır, and other stars. Dozens of announced projects of any genre – from post-apocalypse to comedy.

Spectators are looking forward with particular interest to the premiere of the new film “Struggle Alley” starring Çağatay Ulusoy, which promises to be an event not only in Turkey, but also far beyond its borders. It is no coincidence that even the film’s soundtrack is made in English, appealing to the international audience.

Also in the spotlight is the series “Story of a Submarine” starring Kıvanç Tatlıtuğ. The theme of a global catastrophe and courageous scientists who save the world is not new, but it is still very interesting to the audience. Moreover, this time the action will take place in the depths of the sea.

The Pera Palace series starring Hazal Kaya will touch upon another topic that is interesting to viewers: time travel. Recall that the American TV series Outlander with a similar plot is very popular in the world. We can say that Karga 7 Pictures is preparing a similar TV show, which will suit a more conservative viewer who is not used to explicit scenes.

It is not difficult to predict that this platform will represent Turkish products in the world. Suffice it to recall that it was after the huge success of the film “Miracle in the Cell N 7” on Netflix that it was nominated for an Oscar from Turkey. And the series The Protector entered the top of the most popular international Netflix projects in the United States this year.

Amazon Prime: Starts production of Turkish shows next spring with Plus / Arti, starring Binnur Kaya, and promises surprises. So far, the main surprise has been received by the state censor RTUK, who has already realized that his shaggy paws will not reach the main trump card of the platform – the series starring Çağatay Ulusoy “Museum of Innocence” based on the novel by Nobel laureate Orhan Pamuk. It will not be possible to fine a US-made serial only on the grounds that a Turkish actor is filmed there, so the state censor will have to swallow a bitter pill, because the project will be watched primarily in Turkey.

Blu TV: Turkey is one of the few countries in the world where the local digital platform is ahead of foreign giants. Of course, the platform’s management does not intend to lose this advantage and is doing everything possible to maintain the lead in the face of the onslaught of Netflix, which is clearly catching up. Their secret weapon is bold and very high quality series, which, by the way, are then successfully sold on the same Netflix (business and nothing personal). Next February, the platform will begin filming its first historical series, Yesilçam, with the largest budget of any digital TV shows ever produced in Turkey. Of course, following the example of rivals, the management got an additional trump card. And this … again Çağatay Ulusoy in the lead.

EXXEN: The platform of TV8 owner Acun Ilicali opens in January 2021. Turkish stars, TV series, TV programs are on the menu. In the first year of operation alone, Mr. Ilicali expects to spend about a billion lira. Viewers are especially interested in the historical series Yavuz starring Cengiz Coşkun and Hazal Filiz Küçükköse, which is filmed in the same set as the famous Magnificent Century. The musical starring Aleyna Tilki and Cemal Can Canseven is intended for younger audiences, while a remake of the popular TV series “My Fairy Mom” ​​is being prepared for children. Legal drama The Void, starring Burçin Terzioğlu, will tell stories of violence against women in Turkey.

GAIN: A dark horse with the psychological thriller The Therapist, which also kicks off in January 2021. So far, with more ambitious rivals, the platform does not look very convincing.

BeIN Connect: This platform has existed for quite some time, but apart from the fact that it  ordered the series The Choice / Babil, but then abandoned the project due to its high cost, it has not particularly become famous. It looks like we already know who will be the main loser of the new year.

Which of these digital platforms will be the winner in 2021? Which one will get the most new subscribers? TV series of which platform will be the most popular and in demand? We will find out about this next year. And these are not all the surprises that await us. Digital platforms Disney+ and HBOmax are preparing to enter the Turkish market. Whether this will happen next year or in a year is not yet clear.