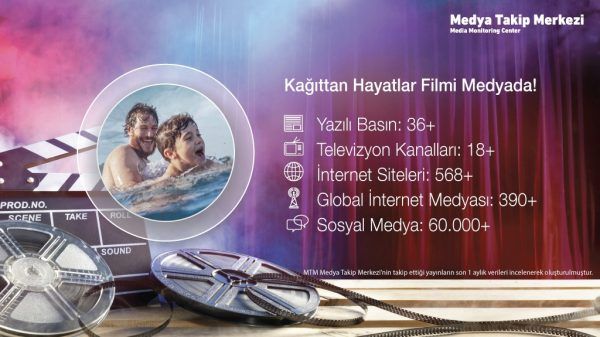 According to DigiLUP, the film Paper Lives / Kağıttan Hayatlar, starring Çağatay Ulusoy, was discussed all over the world. More than 36 articles were published in print media, 18+ TV reports, 568+ articles on Internet sites, 390+ articles in international media. In addition to publications in Turkey, the film was discussed on social networks (almost 100 thousand posts).