Scandal at the birthday party of Özge Özpirinçci 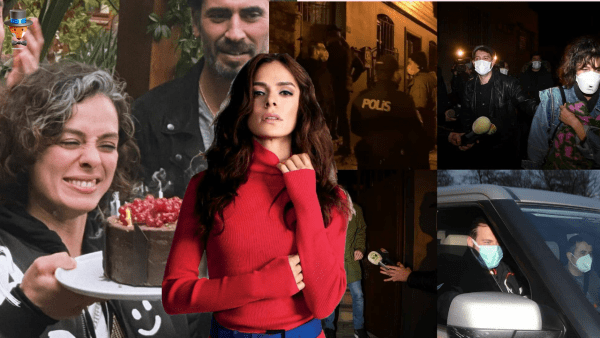 Özge Özpirinçci’s birthday turned into a big scandal, which was covered by the entire Turkish press. What happened, and who is to blame for the fact that the police raided the party?

Yesterday, the Turkish press reported that an extremely unpleasant incident took place at the birthday party of Özge Özpirinçci, which was attended by her friends Kıvanç Tatlıtuğ, Uraz Kaygılaroğlu, Berrak Tüzünataç, Murat Dalkılıç, and others. Dissatisfied with loud music in the middle of the night, neighbors allegedly called the police, after which the guests dispersed. But as it turned out, the truth looks very different.

As the actress said, she always respected the representatives of the press, but this time they managed to anger her. She and her friends made the birthday party in a restaurant, then continued the celebration in the garden of the house, muffling the music so as not to disturb the neighbors. However, the paparazzi, who were tired of waiting for the guests to disperse, climbed the walls of the house, trying to take a photo, and then in an ultimatum demanded that they be given an interview. Later, they decided to make a scandal themselves by calling the police. The police arrived, found nothing criminal and left. Moreover, the crowd of journalists in front of the house three times exceeded the number of guests at the party. But the paparazzi got high-profile headlines about the “police raid” at the birthday party. The feast was ruined, the guests dispersed, the feeling was not very good. In addition, there were clearly defamatory headlines in the press.

Unfortunately, the Turkish press prefers cheap scandals and sensations, considering that it has the right to interfere in the private life of any actor. Alas, there are only few professionals who really write about TV shows and movies. Tomorrow paparazzi will find another reason to make a sensation.