Netflix Movie Have you ever seen fireflies? was heavily criticized 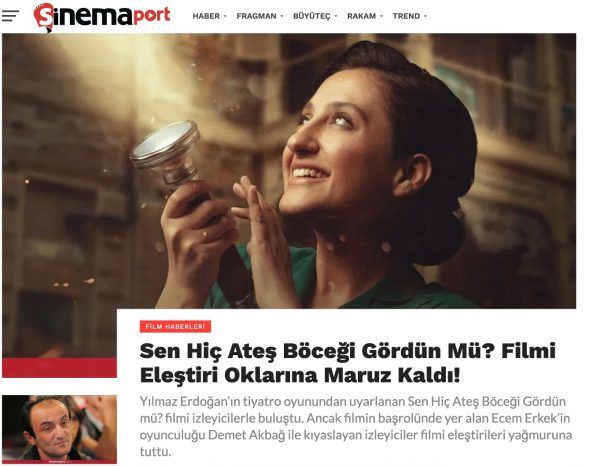 According to Sinemaport, the Netflix movie “Have you ever seen fireflies? / Sen Hiç Ateş Böceği Gördün Mü?” caused a flurry of criticism from the audience. They turned out to be rather harsh, stating that they did not like the film, which is a screen version of Yılmaz Erdoğan’s theatrical play. They are especially disappointed with the leading actress Ece Erkek, comparing her performance with the performance of Demet Akbag in the play, which has already become a cult. It seems that the bet of the Turkish Netflix management on the new BKM film, which was fiercely advertised wherever possible, was not very wise. Maybe they should have watched the film before starting promoting it? The film was also not noticed in the world, it still remains in the top only in Turkey.