Filming of the series Barbaros Brothers / Barbaroslar has begun! 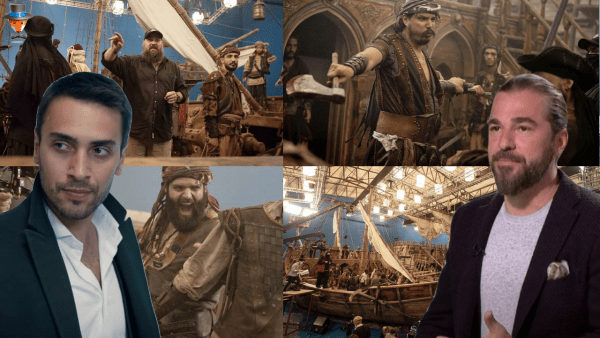 This series has been talked about for several years, its development was passed from one producer to another, and now, finally, one of the most ambitious projects of the TRT1 TV channel Barbaros Brothers / Barbaroslar launched into production. When will we be able to see such a long-awaited show on our screens?

In 2017, producer Mehmet Bozdağ announced that he was preparing a project dedicated to the life of the Barbaros brothers for the state TV channel. After the creator of Ertugrul left the TRT1 channel, the development of the project with a huge budget passed from hand to hand until finally it came to the production company ES Film, which already had experience producing the historical series Filinta and The Last Emperor.

The company began to build a filming plateau, however, somewhat delaying the preparation (for a year), plus losing the leading actor Çağatay Ulusoy, who got tired of waiting and left for another series of the same company ES Film Yeşilçam, as well as the leading directors of the project, the Taylan brothers. At the end of March 2021, rehearsals began, a teaser was filmed, but apart from the two stars of the show Engin Altan Düzyatan and  Ulaş Tuna Astepe, the cast of the project is not yet known. We are promised that the shooting of the TV show will begin in the coming days, but viewers will see the series only in the fall.

As Engin Altan Düzyatan admitted, preparing for a new role was not easy for him. He read 5 thousand pages of history books, and also played sports for 10 months, preparing himself both physically and mentally. Engin will play the elder brother Oruç Reis. We will also see İshak, İlyas and Hızır Reis – the famous four brothers who became the scourge of the Mediterranean Sea.

Egyptian director Adel Adib will be working on the series’ naval battle scenes. Doğan Ümit Karaca will be the main director of the project. It was a matter of honor for him to tell the story of the Barbaros brothers from the point of view of their compatriots. Until now, Europeans have tried to change the history of this family by telling it in their own way. For example, Spanish sources claimed that the brothers were Christian who were abducted as children. However, this was not the case. Indeed, the brothers’ mother was an Orthodox Christian, but their father was a Muslim, whose name was Yakup Aga. He studied many documents and history books in order to accurately reflect the realities of the time.

About a hundred people built the ships that will be used in the show. True, they will swim in virtual seas – all maritime scenes  will be filmed using computer technology. The cast of the series will be known very soon.