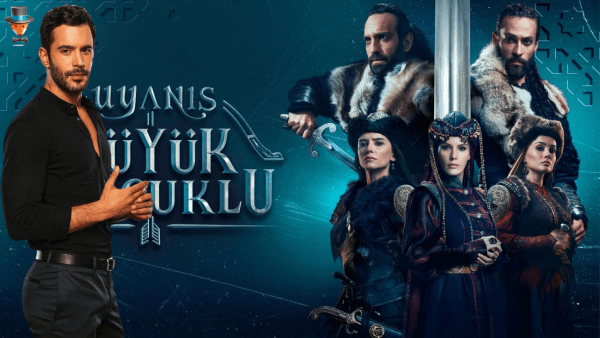 Barış Arduç in the TV series Awakening: The Great Seljuks

The news that shocked fans of the TV series Awakening: The Great Seljuks / Uyanış Büyük Selçuklu! In the new season of the popular TV show viewers will see Barış Arduç as the father of Melikşah, Sultan Alp Arslan. So the audience will have to say goodbye to Bugra Gulsoy and Ekin Koç.

On Wednesday, May 19, fans of the series Awakening: The Great Seljuks / Uyanış Büyük Selçuklu were shocked by the very unexpected information about the restart of their favorite project. According to the famous journalist Birsen Altuntaş, Barış Arduç joined the cast of the project in the role of Sultan Alp Arslan. Moreover, according to the official version, Akli Film has planned 4 seasons from the very beginning, while the period of Melikşah was planned for only one, the first season.

It was announced that the retrospective storytelling method will be tested for the first time on Turkish television. In the next three seasons, the main character will be Alp Arslan (Barış Arduç). Let us remind you that Alp Arslan is Melikşah’s father and Sencer’s grandfather.

According to Turkish media, due to the radical changes in the plot Bugra Gulsoy, Ekin Koç, Hatice Şendil, Sezin Akbaşoğulları, Sevda Erginci and İsmail Ege Şaşmaz will leave the cast at the end of the season. Mehmet Ozgur’s character remains. Also, the script group had left the series.

The journalist Birsen Altuntaş cited the producer claiming that such a jump back was planned in advance. However, insiders have been reporting a conflict between the production company and the leading actors for weeks now. It was because of the scandal that producer Emre Konuk decided to use his script for a mini-series about the Sultan Alp Arslan and completely change the plot.

The highly respected online publication Ranini did not publish gossip about the scandal on the set with the leading actors. However, the official information from the producers seems to have raised serious doubts among journalists about its veracity. The site just posted an interview with producer Emre Konuk, which was initially published in February. The producer personally announced that he was preparing a mini-series of 8 episodes of 60 minutes dedicated to Sultan Alp Arslan. As the famous journalist Ranini ironically remarked: “Well, your dream has come true.” Everyone can draw conclusions for himself: was the plot twist prepared in advance or not. Apparently in February Emre Konuk was not yet aware that he had been preparing something like this.