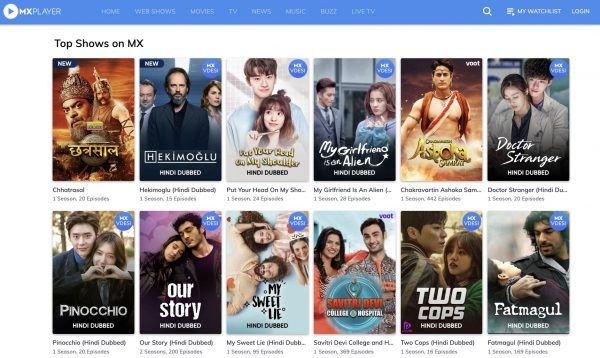 Indian digital platform Mx Player, which has half a billion subscribers, has added the Hekimoğlu series to its catalog. The project generated a lot of interest and became one of the most popular shows on the platform. The series Our Story starring Hazal Kaya and Burak Deniz also remains in the list of the most popular shows of the platform. The show was added a year and a half ago and since then has been of constant interest among Indian viewers. What is Fatmagul’s crime and Sweet Lie are also very popular among indian viewers.