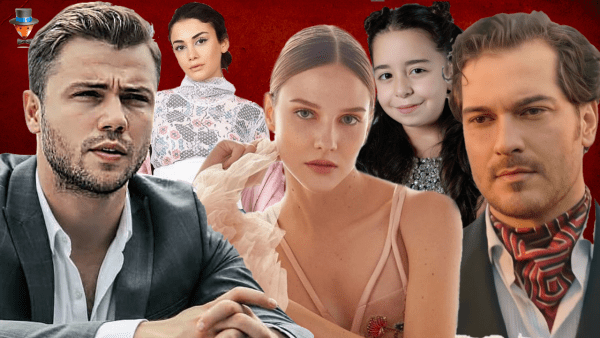 2021 was a turning point for Turkish show business. Digital platforms are increasingly pulling the attention of viewers, TV ratings are slowly but surely declining. However, fans of Turkish television production are still waiting for new projects and favorite actors. What upcoming premieres are of the greatest interest to viewers in the winter-spring of 2022?

The series You and Me / Sen Ve Ben. Produced by Süreç Film. Starring: Yalcin Hafizoglu and Asli Bekiroglu. Directed by Ersoy Guler. The broadcast channel is Show TV. It looks like the channel wants to repeat the success of previous comedies of the same director Love Again, The New Bride and North Star. However, will the audience want to see the old story again, albeit with the new actors?

The series My son / Oğlum. Produced by Ay Yapim. Starring: Canan Erguder, Serhat Teoman, Songul Oden, Feyyaz Duman, Kubilay Aka. Directed by Ahmet Katiksiz. The broadcast channel is Show TV. The story of two boys, their relationship with their parents, and the tragic accident that bound them together should attract a traditional female audience.

The series Until the last breath / Son Nefesime Kadar. Produced by Pastel Film. Starring: Nurgül Yeşilçay, Emre Kinay and Ertan Saban. Directed by Deniz Dikilitas. The broadcast channel is Fox TV. The story of revenge and retribution in Turkish cinema is quite common. It remains to be hoped that the creators of the project will offer an unconventional reading of the plot and will not resort to the usual serial clichés.

The series Three sisters / Üç Kız Kardeş. Produced by Süreç Film. Starring: Reha Ozcan, Iclal Aydin, Berker Guven, Ozgu Kaya, Almila Ada, Emre Kivilcim. Directed by Eda Teksoz. The broadcast channel is Kanal D. The series based on the book by the famous writer Iclal Aydin, who will star in the project. This is the story of a mother and her three daughters. A standard plot needs a very non-standard presentation in order to attract the attention of a spoiled Turkish viewer.

The series Girl from the green valley / Yeşil Vadinin Kızı. Produced by Yeşil Yapım. Starring: Beren Gökyıldız. Directed by Murat Senoy and Çağıl Nurhak Aydoğdu. The broadcast channel is not yet known. The Turkish adaptation of Anne of Green Gables arouses interest with its powerful plot. Even before filming began, producer Ozkan Ipek signed a contract to sell the show to 30 countries, mainly in Eastern Europe, the Balkans and Latin America.

The series Lone Wolf / Yalnız Kurt. Produced by Osman Sinav. Starring: Cihan Unal, Hasan Deniz Yaran, Damla Colbay and Murat Han. Directed by Çağatay Tosun. The broadcast channel is ATV. This is the story of the struggle of the Turkish secret services against a powerful secret organization. Although the plot is not new, such action projects have always aroused interest among Turkish viewers. Moreover, its creator is one of the most successful producers in Turkey, who previously worked on such hits as the Valley of the Wolves, Crazy Heart, The Lifeline.

The series The Way of Love Haji of Bayram Veli / Aşkın Yolculuğu Haci Bayram Veli. Produced by Tekden Film. Starring: Burak Sevinç. Directed by Kamil Aydin. The broadcast channel is TRT1. The state TV channel can afford to film the series long before it airs. The project about the fate of the famous Sufi has been filmed for 8 months. Most likely it will be released at the beginning of Ramadan, that is, in April.

The series Mevlana / Hz. Mevlana. Produced by Kale Film. Starring: Bulent Inal, Kaan Yildirim, Yusuf Çim, Nilay Deniz and Devrim Ozkan. Directed by Can Ulkay. The broadcast channel is TRT1. The story of the life of one of the largest Sufi poets will be released first on the state television channel, and then on the new digital platform TRT 0. The TV show is filmed according to international standards. It seems that this particular series can become one of the highlights of the spring television season.

The series Father / Baba. Produced by Ay Yapim. Starring: Tolga Sarıtaş, Haluk Bilginer, Ozge Yagiz, Hakan Kurtas and Beril Pozam. Directed by Cagri Bayrak. The broadcast channel is Show TV. Producer Kerem Çatay’s TV company intends to repeat the success of the legendary TV series Falling Leaves / Yaprak Dökümü. This is the story of a large Saruhanli family that moves to Istanbul after a plane crash. The prestige of Ay Yapim gives hope that the show could be very successful. However, the numerous failures of recent years make us treat the new project with some apprehension. It can be a big flop or a big hit.

The series Fancy Scarecrow / Süslü Korkuluk. Produced by OGM Pictures. Starring: Çağatay Ulusoy and Alina Boz. Directed by Cem Karci. The broadcast channel is TV8. One of the most anticipated and most mysterious projects of the new television season. And the name of the lead actor makes it so. After four years of successful career on digital platforms, Çağatay Ulusoy is returning to television. In addition, together with one of the most successful directors in Turkey, who created such hits as Karaday, Song of Life, Hercai, The Red Room. So far, little is known about the plot: it is the story of an eccentric fashion designer. Filming of the series will begin in the first week of February, it will be released in March.

The pressure of digital platforms on the Turkish TV market is being felt more and more. This year will be decisive, defining the fate of Turkish television for years to come. Will viewers stay at the TV screens, or will Netflix, Blu TV, Exxen, as well as newcomers that will enter the market at the end of this year (Disney Plus, HBO Max) will force them to change their long-standing habit of spending every evening in front of the TV screen, switching channels? We will know about this very soon.