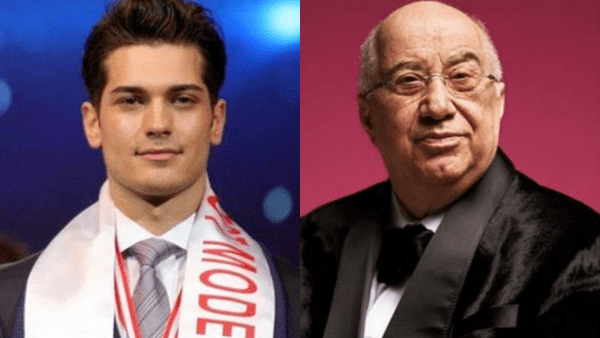 Erkan Ozerman continues to spoke about Turkish stars and their careers. This time it was Çağatay Ulusoy’s turn. True, unlike Kıvanç Tatlıtuğ, the organizer of the ‘Best Model of Turkey’ contest treats Çağatay with more sympathy and talks about how he became the best model of 2010 quite friendly.

He accidentally overheard a conversation behind the scenes, where one of the participants told the other that they were unlikely to win anything, especially the first time, so they would stand for extras. Mr. Ozerman approached the guy (and you guessed it was Çağatay) and said that if he was prepared, and he was lucky, then he could win the first time, so come on, go on stage.

At first, the judges chose a completely different participant as the winner, but it turned out that he was too tall – 194 cm. This is not too good for the model, the clothes do not fit. They had to vote again. As a result, two candidates remained – Çağatay and Ali. Erkan Ozerman selected Çağatay, although Ali was more handsome, but professionally he looked weaker. By the way, it turned out that the guys were friends. Then it was funny – Çağatay simply did not believe that he was selected and did not want to step on stage.

Further, Erkan, at the request of Sener Akay, recommended Çağatay Ulusoy to the acting agency with which he had worked before. At night, when the young man was celebrating a victory with friends at a disco, he found him and said that tomorrow he would have to go to Medyapim to audition for a new series. True, Çağatay did not like the show, it was the story of a mother and daughter, and he had a supporting role. By the way, the salary per one episode of the series was 5 thousand Turkish liras (2 thousand dollars), which is more than his father earned in a month. Mr. Ozerman advised him to agree, even if the role is not the leading one, because there are two million janitors in Istanbul and every janitor’s daughter dreams of a rich and handsome guy. He will get the leading role over time, all the girls will fall in love with his character. Çağatay said, ‘Okay, sir.’

Well, everyone knows what happened next – the role in the TV series ‘The girl named Feriha’ turned from a supporting into a leading one and made Çağatay Ulusoy a superstar of the Turkish screen.