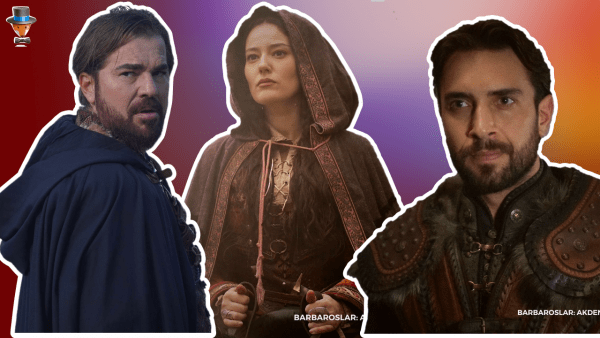 The series “Barbarossa: The Sword of the Mediterranean” was renewed for a second season, despite rating issues. However, fans of the project will not see some leading actors next fall. Who will leave the cast of the series?

The most expensive TV series of the Turkish air “Barbarossa: Sword of the Mediterranean” continues to attract viewers of the TV channel TRT1 on Thursday evenings. Alas, the hopes for high ratings of the production company ES Film and the state TV channel did not come true. The audience of the project is gradually decreasing, without reaching self-sufficiency.

Despite this, it was decided to renew the series for a second season.  The creators plan to change the cast, plot and crew of the series in the new season, following the example of the show “Awakening: The Great Seljuks”. Many leading actors will say goodbye to the cast.

Pelin Akil, who played Isabelle, will leave the series in the 30th episode. And at the end of the season, Engin Altan Düzyatan, who plays the role of Oruç Reis, will say goodbye to the cast. According to the well-known journalist Birsen Altuntas, from the very beginning it was assumed that the role of Oruç would last only one season.

It is not yet known whether Ulaş Tuna Astepe will remain in the cast or whether an older actor will be cast for the role of Hayreddin Barbarossa, which will correspond to the story, because it is supposed to make a big time jump.