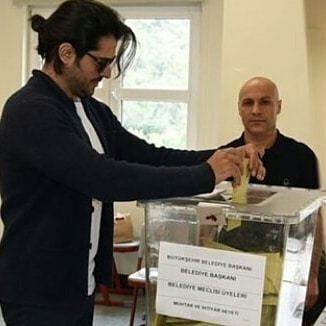 Burak Özçivit explained the situation about the awkward moment when he allegedly did not want to talk with Engin Altan Düzyatan, who voted at the same polling station as he did on Sunday.  Burak explained that there is nothing like that, if he saw his brother Engin, he would definitely say hello, he always does that. Engin is a very talented actor who very successfully performs his work. There are no problems between them. In general, as it turned out, he simply did not notice his colleague and nothing else.

As for the opening of an account for his unborn son Karan, Burak explained that he and Fahriye decided to get ahead of not very decent Instagram users who had already done fakes with very dubious goals. By the way, a little more than a week remains before the baby is born.