The famous journalist Ranini said that Elçin Sangu liked one scenario. That is, a return in the near future is quite possible

The famous journalist Ranini vaguely hinted that anything could happen at any moment in Dilan Çiçek Deniz’s career. Be alert

According to the official statement of BKM, Murat Yildirim returns to the screens in the series Ramo / RAMO, where he will play a character named Ramazan

Serenay Sarikaya posing in a bikini

The second name that was mentioned in connection with the the Ay Yapim series by Hilal Saral is Ayça Ayşin Turan. By the way, the series will not be called Firuze, as previously suggested, but Chill / Zemheri 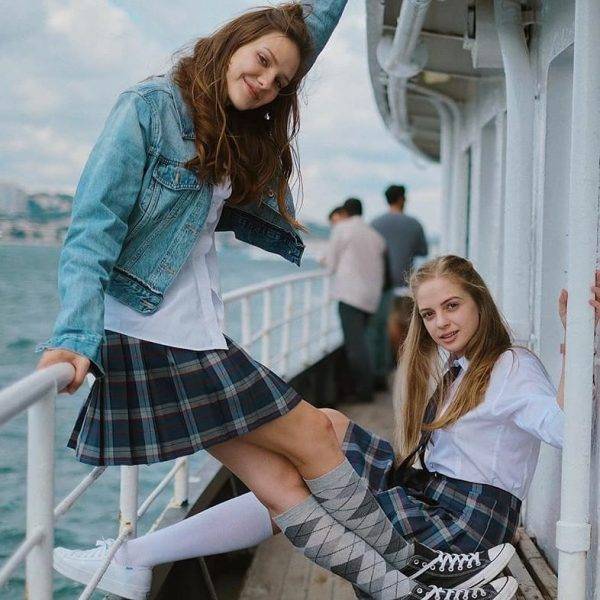 Tolgahan Sayısman and Almeda Abazi celebrated the holiday with the Tolgahan family. Baby Efehan got on very well in his grandfather’s arms

Furkan Palali celebrates a holiday with his family

The situation on the Spanish air is extremely stable. Still, on top of the daytime series Elif. In second place is “El secreto de Feriha”.

Popularity has its drawbacks. Can Yaman asked the fans to wait a bit while he still withdraws money from the ATM, and only then take photos of him as much as they want

Tabloid Akşam inspired by internet gossips reports that Tuba Büyüküstün will become the main character of the series Firuze, that is being prepared by Ay Yapim TV company. Moreover, Kenan İmirzalıoğlu may become her partner

Vahide Perçin is on vacation in the company of her spouse, whom she divorced and reconciled

Ebru Şahin absolutely does not want to be a good girl

Burak Deniz and Gurkan Uygun continue to have vacation together

Hilal Altinbilek posted a photo on Instagram with the inscription “welcome”. Journalists immediately decided that it was she who greeted Kubilay Aka

Nur Fettahoğlu became an ordinary housewife for the holiday, and she likes it

Kıvanç Tatlıtuğ and his brother Cem

The Gulperi series ended, but the friendship of Burak Dakak and Ezgi Gör remained

According to the information of the Turkish bloggers, the producers of the series Ramo after unsuccessful negotiations with Sinem Kobal proposed the leading role in the project to Tuba Büyüküstün. Moreover, they are ready to pay a very substantial fee, but the actress has not yet given an answer. If she agrees, fans will again see a pair of Murat Yildirim – Tuba Büyüküstün on the screen

To prepare for the series Champion / Şampiyon Tolgahan Sayısman spent 8 months on a special diet, and also worked with a well-known kickboxing specialist