According to the yet unconfirmed information that appeared in Turkish social networks, Can Yaman can join the series Resurrection: Osman

Nurgül Yeşilçay and Oktay Kaynarca will work together in the play Ateşli Aşkların En Sonuncusu by Neil Simon. At the same time, Oktay will continue shooting in the series The Bandits

Hakan Baş is a very rich man, but he will not litter money. On the occasion of the upcoming wedding anniversary with his beloved Bensu Soral, he gave her a luxurious Mercedes … which he had used before

TIMS & B launches the new series Maraşlı with a very famous actor. Script writer is Ethem Ozisik. Work on the script has been going on for a very long time. It will be a huge high-budget series.

TV presenters of Gel Konuşalım program discusses the fact that Dilan Çiçek Deniz unfollowed her friend Aybuke Pusat on Instagram. And the reason for this was found: it seems that Aybuke had an affair with former boyfriend of Dilan Furkan Andiç.

Yesterday, Bergüzar Korel and Halit Ergenç attended the concert. Bergüzar was in great shape, telling reporters that they were doing fine.

TV presenters of Gel Konuşalım program discusses the future work of Kıvanç Tatlıtuğ in the theater. By the way, this is not the first theatrical experience of the actor

Behind the scenes of Beren Saat’s selfie

For 30 years, Hülya Avşar has made a special note in each of her contracts that her employers will also provide work to two young talented but poor people who have received an education but cannot find work. For 30 years, 350 people were employed thanks to the actress. Also, every year she gives 30 scholarships for talented youth.

According to the journalist Sina Kologlu, he has a hunch that the TV company Ay Yapim will be doing a series with Tuba Büyüküstün, but he does not know any details, he just thinks so. In addition, Tuba told her friends that she was going to return to the series. But it will definitely not be the Firuze series, in which Ayça Ayşin Turan will star 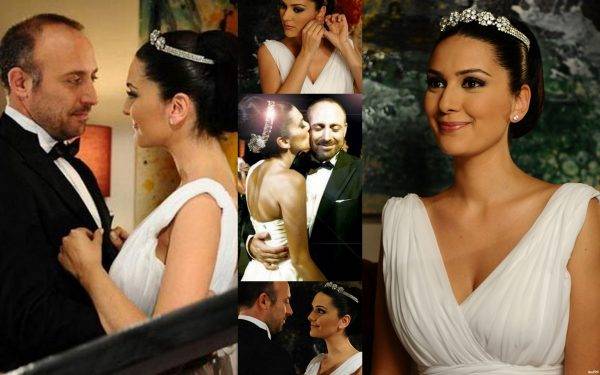 Ozan Güven joined the cast of the series Babylon / Babil. He will become a partner of Halit Ergenç