Hazal Kaya spoke about the situation with Ozan Güven 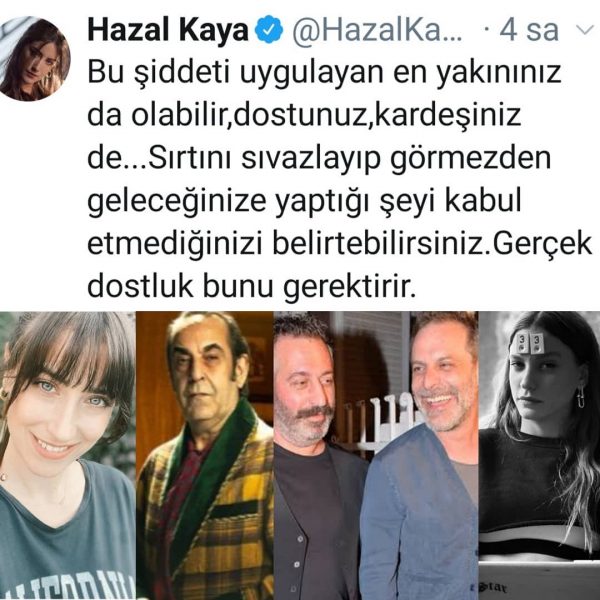 Hazal Kaya spoke about the situation with Ozan Güven

The Turkish press quotes the words of Hazal Kaya, which were vigorously discussed yesterday on social networks (Hazal got into Twitter trends).
The actress stated that people who beat up women, children, torment animals are not monsters and psychopaths who live somewhere far away. Most of them are respected, beloved members of society who are valued. The most recent example is Ozan Güven. Your friend, your brother, your loved one in everyday life can be a home tyrant. It’s in your power to express your disagreement with what he’s doing. What’s more, it’s a true friendship to point out to a man his mistakes. We will not be judges and social networks do not decide who is right and who is to blame, but you can express your position on domestic violence. You don’t have to be Kardashians to do anything.

Journalists are wondering – why are Ozan Güven’s friends, for example, Cem Yilmaz or Serenay Sarikaya, remain silent? Do they support him?