Kenan İmirzalıoğlu spoke about his daughter 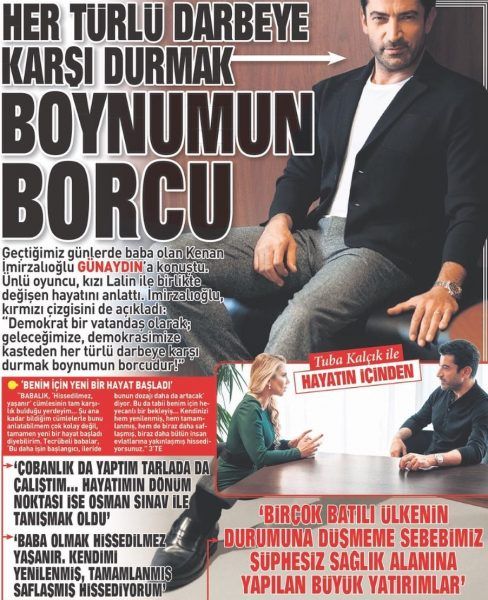 Kenan İmirzalıoğlu admitted in his last interview that the feeling of fatherhood cannot be described in words, it can only be lived. At the moment of the birth of his daughter, a new life began for him. He was already told that he was only at the beginning of the journey. He feels as if he has returned to childhood, feels like a new person.