Can Yaman in the Italian pirate series Sandokan 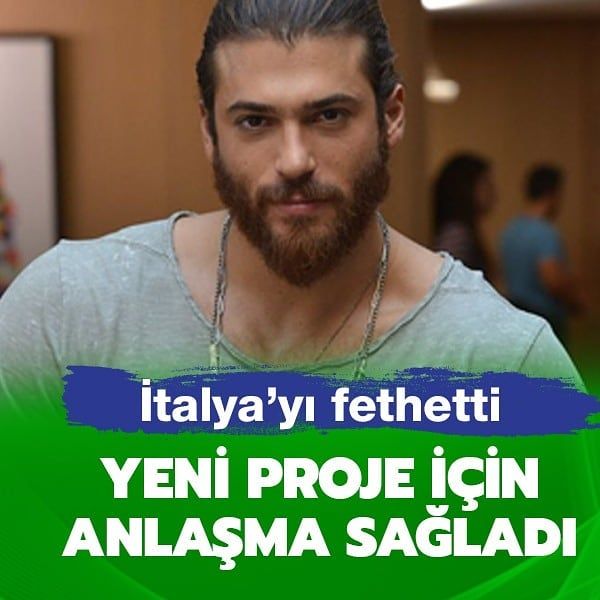 Can Yaman in the Italian pirate series Sandokan

Great news for Can Yaman fans! The Turkish actor returns to the screens in a new project, where he will play a pirate. Moreover, it will be a series produced in Italy. What do we know about the star’s new work?

On Tuesday, during an interview with the Italian radio program RTL, Can Yaman personally announced his new project. To the delight of the actor’s fans, this will be a work in an Italian series. Can has joined the Luxvid TV show produced by Luca Bernabei “Sandokan”. The star admitted that he is very happy that he was chosen for this role and hopes to meet the expectations of the audience. He is very proud to take part in an international project.

The Turkish actor will play the pirate Sandokan, a fictional character of the late 19th century created by the Italian writer Emilio Salgari, who fights against the English colonialists. His adventures were first published in 1883. Sandokan is the protagonist of 11 adventure novels. It is known in the South China Sea as the “tiger of Malaysia”. The successful adaptation of Salgari’s works in the last century impressed  the viewers. Then the Indian actor Kabir Bedi played the character of Sandokan. Now Can Yaman has a difficult task to be on top of his famous predecessor.

The series also features popular Italian actor Luca Argentero. Apparently, he will play the role of the protagonist’s best friend – Portuguese Yanez De Gomera. Who will play Sandokan’s beloved Marianna has not yet been reported. Producer Luca Bernabei admitted  that he was very happy to work with the Turkish actor, who chose his project from so many proposals.

After Can announced the signing of a contract with the Italians rumors spread that the producer of the series The Daydreamer and Mr Wrong Faruk Turgut reacted to this decision of the actor rather coolly. Recall that the producer has announced that he is planning a new romantic series with Can for the summer of 2021. However, since he starts preparing for a foreign project, it is unlikely that Mr. Yaman will be able to star in the summer series of the Gold Film company.

Can Yaman will be the third Turkish actor to star in the Italian TV series after Saadet Isil Aksoy and Mehmet Gunsur. Filming of the project will start in October 2021, until that moment, Can will go to the camp to prepare for filming. When the series will air, whether it will be shown on Italian TV or prepared for the platform is not announced. It is known that the producers are now negotiating with TV channels and platforms to sell the project, which will consist of 8 episodes.