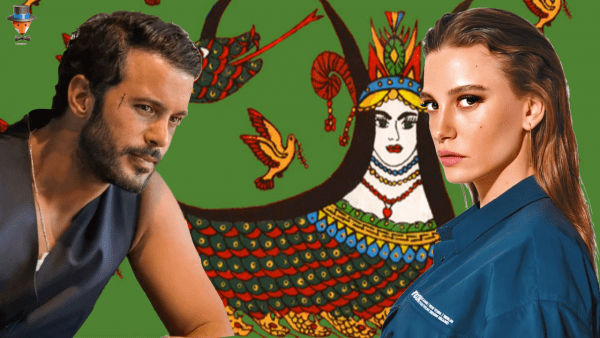 The fans’ dream of a star duet of Barış Arduç and Serenay Sarıkaya was close to coming true. However, at the last moment, the actor, who had given preliminary consent to star in the TV series Şahmeran, left the project. What happened?

The Turkish media are overwhelmed with information that a new era begins in the popular hit of the TRT1 TV channel Awakening: The Great Seljuks. The plot will take a leap back and take the audience to the era of the Sultan Alp Arslan, to be played by Barış Arduç. The actor has already signed an agreement with Akli Film and is preparing for the role. Due to the change in the plot in the new season, the cast of the series will completely change, leaving only Mehmet Ozgur from the old cast.

As it turned out, for the sake of the role of the Sultan Alp Arslan, Barış was forced to give up his contract with Tims & B. Initially, he agreed to star in the Netflix series Şahmeran, where Serenay Sarıkaya was to become his co-star. However, according to the well-known journalist Birsen Altuntas, having received an offer to work in the series Awakening: The Great Seljuks, Barış immediately turned down the series with Serenay.

It seems that the Şahmeran series, which will be filmed in Adana, is experiencing serious problems with casting. Serenay initially told the press that she would start work in the summer. However, as it became known, the shooting was postponed until the fall. Probably because so far they have not been able to find a suitable co-star for the actress.