Çağatay Ulusoy on reconciliation with Serenay Sarıkaya: “Leave us alone!” 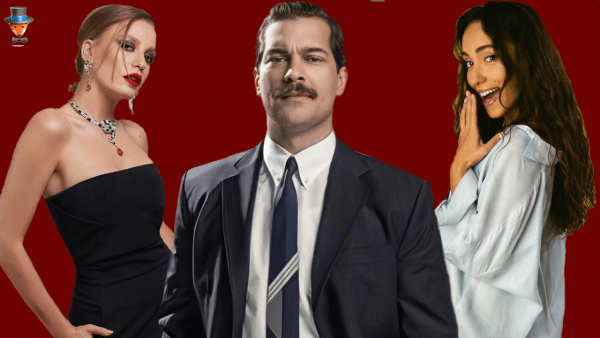 Rumors about the reconciliation of Çağatay Ulusoy and Serenay Sarıkaya, which regularly appear in the Turkish press, this time angered the star of the “Yesilçam” series so much that for the first time he spoke directly on this matter. Çağatay’s reaction turned out to be quite tough.

For many years, Turkish journalists have not tired of attributing a romantic relationship to Serenay Sarıkaya and Çağatay Ulusoy, despite the fact that the actors have repeatedly denied the relationships that allegedly took place on the set of the TV series Tide / Medcezir. After the series ended, the stars’ paths diverged, and they met a couple of times at official events. Both Çağatay ​​and Serenay had serious and long-term relationships with other people, but this did not stop the Turkish press from writing their own story.

When this seemed to have been left in the distant past, Uçan Kuş TV journalist Tayyar Işıksaçan reported that Çağatay Ulusoy and Serenay Sarıkaya reconciled, rented a yacht (he even announced the price for rent) and went on vacation together. Moreover, the information, as Mr. Işıksaçan assured, is 100% true. Alas, the Turkish press has proved once again that it can lie to an honest eye.

First, the manager of Çağatay Ulusoy, Engin Aykanat, reacted to the news, saying that we have an amazing example of journalistic “creativity”. This man, who calls himself a journalist, knows perfectly well that all his words are lies, but he tries to fog at someone’s request. Engin further added that it was an attempt to manipulate the perception of the public to hide someone’s shame.

Then Çağatay Ulusoy, who usually remains silent in response to gossip, decided to speak out by publishing the following statement on his Instagram: “While I have a relationship that is going well for almost 5 years, you hear and give false news every year like today; you do it with confidence; don’t you have to manage perceptions? Very sad… What is your goal? I don’t understand, leave us alone bro…” It seems that this time, the endless story that journalists come up with is over. Çağatay made it clear that he no longer intends to endure disrespect for his beloved Duygu Sarışın and is ready to protect his beloved woman.

Serenay Sarıkaya has chosen to remain silent, though usually on rumors of romances attributed to her, she responds rather quickly. Journalists did not fail to notice Engin Aykanat’s hint that all this fuss in the press “covers someone’s shame” and is being ordered. Will there be a follow-up, and will we know what this is about?