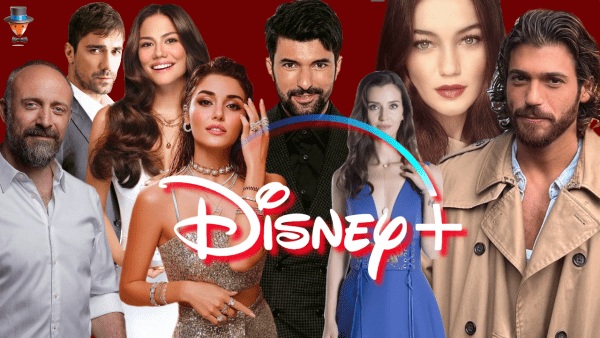 Disney Plus enters the Turkish market, signing one high-profile deal after another. Several Turkish stars have signed official agreements with the digital platform this week. They will take part in more than a dozen projects, which will begin filming in a couple of months.

The Disney Plus digital platform is preparing for a big opening in August this year. The first Turkish project to be presented on the platform will be the series Escape / Kaçış starring Engin Akyürek and İrem Helvacıoğlu. Filming for the O3 Medya series will end in March. In July, the same company will start filming a big series about the founder of the Turkish Republic, Mustafa Kemal Ataturk, starring Aras Bulut İynemli. The show will be released on the platform in the fall of 2023.

As well-known journalist Birsen Altuntas reports, Disney Plus will start filming 8 more series in April. It is already known that the series of the Ay Yapim company starring Can Yaman will be directed by Uluç Bayraktar, known from the TV series Ezel, Karaday, Insider. The scriptwriter is Kerem Deren, who previously wrote scripts for the series Ezel, Rajon, Kursun.

In addition to the actors, an agreement was made with a famous screenwriter. Pinar Bulut, who worked on the scripts for the series Ezel, The Silent People, The Miraculous Doctor and Sahmeran, has signed a contract with the platform.

However, this is only the first information about future projects of Disney Plus. Many of the actors who will be filming in its series are currently working for the other digital platforms and on television, so their names will be announced following the completion of previous contracts. In August, Disney Plus will enter the digital market in Turkey with a large presentation of its projects, which will be shown in commercials during the opening of the platform.