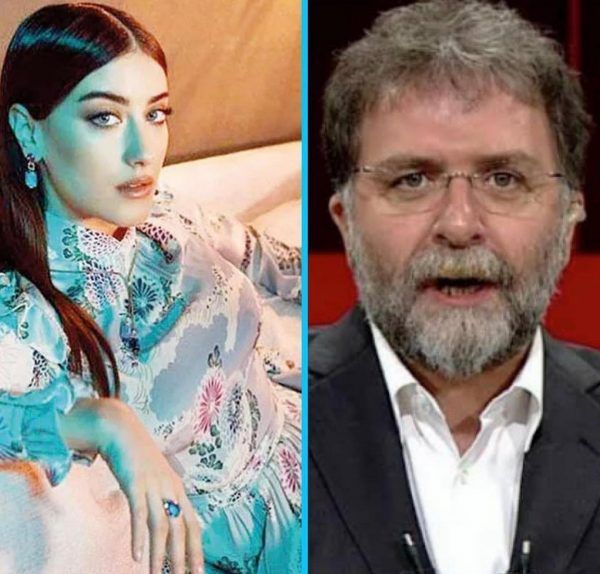 The infamous editor-in-chief of the publication Hürriyet Ahmet Hakan, was so offended by Hazal Kaya’s chuckle at him (recall that she called him mediocrity) that he publishes a third article in which he expresses his attitude towards the actress and the whole situation.

The article is called “the answer of a mediocre person to Hazal Kaya.” This 54-year-old man snorts that yes, he is an average person, and he, like everyone else, does not like the acting of Hazal Kaya. Nobody likes her. He even hates her acting. He only expresses the opinion of everybody. But everyone began to insult him, too, calling him mediocrity, but he does not answer them that they are mediocrity.

After numerous grievances and complaints, the main idea followed, which actually prompted Ahmet Hakan to write this entire opus. In fact, he hates not the Hazal’s acting, but the series “Midnight at the Pera Palace”. The biggest reason for his hatred is the way Atatürk was portrayed in the series. At the level of a school play. The scenario is bullshit, no historical accuracy, logical errors. They deliberately portrayed the events in a caricature to glorify Atatürk. In his opinion, Atatürk should be saved from such shows. He calls for the Atatürk Protection Act to be applied to this series.

Recall that Ahmet Hakan supports conservative forces that dream of destroying everything that Atatürk created in Turkey. True, 10 years ago he was a Kemalist and supported Ataturk’s supporters, but that’s a completely different story.

Meanwhile, the series “Midnight at the Pera Palace” is popular not only in Turkey, but also far beyond its borders, being in the top 10 most popular Netflix series in the world. And many foreign viewers already call its star Hazal Kaya the Turkish version of Kate Winslet and express admiration for her beauty and talent. It seems that the journalist just wanted to promote a little on someone else’s success.