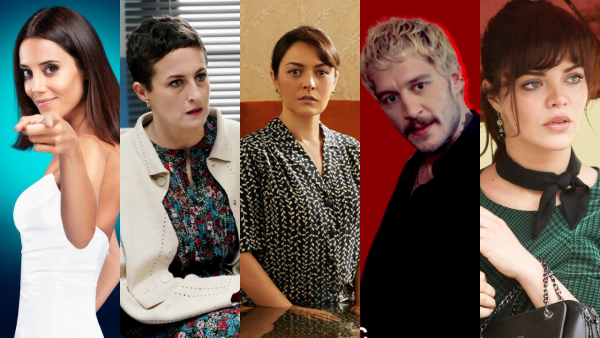 The main television season of 2021/2022 is coming to an end, and the fate of most of the TV shows that have been aired on TV screens in Turkey is already known. What projects will complete their broadcast in the next three weeks?

Turkish television is preparing for the summer television season by shooting new summer series. At the same time, the shows of the main season, one by one, go on a break or make a finale. Some finals are due to falling ratings, others are due to the fact that the story has come to an end, and the stars of the projects have received tempting offers from digital platforms. What TV shows will make the finale at the end of this season.

The series of the Show TV channel “My son / Oğlum” by Ay Yapim did not receive the desired ratings. The show is expected to make the final in late May.

The series of the ATV channel “The name of love / Adı Sevgi” originally should be been renewed for the entire summer period. However, the sharp decline in ratings forced the channel to reconsider its decision. The project will make the final on the 11th episode, but if the ratings rise a little, then it can be extended to the 13th episode.

The series of the TRT1 TV channel “Apartment of the Innocent / Masumlar Apartmanı” could not get the desired ratings in the second season, although in the first season the project of the producer Onur Güvenatam was one of the leaders of the Turkish broadcast. The show will say goodbye to the audience on May 17 on the 71st episode.

The Fox TV series “All About Marriage / Evlilik Hakkında Her Şey”, starring Gökçe Bahadır, will be finished at the end of the season. Despite the low ratings, the project will still reach June thanks to good overseas sales.

The series of the Show TV channel “The Bad Penny / Üç Kuruş” is preparing to say goodbye to the audience on the 28th episode on May 23. Alas, despite the promises of the producers of Ay Yapim the show failed to be a worthy successor to the legendary projects “Insider” and “The Pit”. The ratings were not good enough for the series to be renewed for a second season.

The series of TV channel D “Unfaithful / Sadakatsiz” will end on Wednesday, May 25, on the 60th episode. Despite the fact that the script for the second season caused criticism from the audience, the ratings continued to be quite stable. However, the story has come to an end, and it looks like the writers have raised a white flag. Leading actress Cansu Dere has already found another job by signing with the digital platform Disney Plus.

The series of the ATV channel  “Bitter Lands / Bir Zamanlar Çukurova” will make its finale on 140th episode, June 9, although it is possible to extend the broadcast for a couple of episodes to maximize profits. The story is clearly exhausted, but the ratings are still good and the producers and the channel do not want to finish the broadcast. But they have no other choice.

The fate of the series “Barbarossa: The Sword of the Mediterranean / Barbaroslar Akdeniz’in Kılıcı” is still hanging by a thread. The project of the state TV channel TRT1 is the most expensive on Turkish air, but its ratings clearly leave much to be desired. Officials say that the series will be renewed for a second season, but unofficial rumors have surfaced that economic viability may prevail, and the project will make the finale. So far, only one thing is known – at the end of the season, Engin Altan Düzyatan, Pelin Akil and Cemre Gumeli will leave the cast of the show.

The fate of the series “Lone Wolf”, “City Doctor”, “Child is the Mother’s Secret”, “Aziz” and “Judge” is still unknown. Project ratings are not enough for them to have a chance to stay on the air for another season.