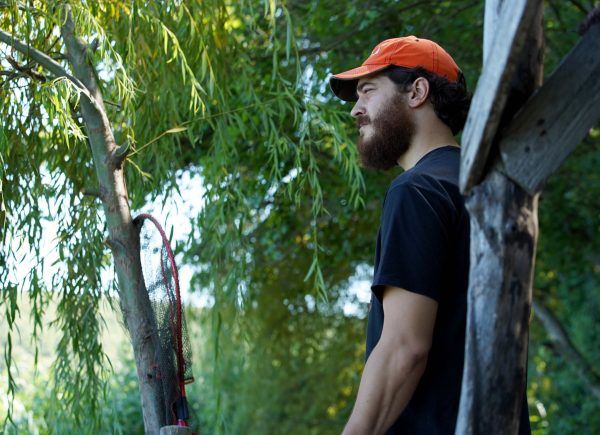 Çağatay Ulusoy is once again debated by Turkish viewers. As always, the new image of the actor has puzzled many, and his new project is eagerly awaited. What surprise has Çağatay prepared for us this time?

On Tuesday, September 1, Turkish social media discussed Çağatay Ulusoy. The actor’s name ranked fifth in Turkish Twitter trends. The reason for such huge interest was his appearance at the wedding of cameraman Gökhan Tiryaki, with whom they worked together on the series Hakan Muhafiz / The Protector.  The new image of superstar surprised Turkish viewers, especially since at the same time a promo of the 3rd episode of the series Call my agent / Menajerimi Ara in which Çağatay was announced as a guest star was released.

Star TV promised a big surprise and did not cheat: such Çağatay you have never seen. In the new episode of the series Call My Agent / Menajerimi Ara Feris and Dicle will be put in a difficult position. The main star of Feris, Çağatay Ulusoy, has disappeared, and she has been unable to reach him for two weeks. It turns out that the actor is preparing for a new role in a French film and prefers to go into a character in a remote hut. Aspiring actor Baris (Deniz Can Aktas) will receive some valuable advice from the superstar on how not to lose yourself in show business. Of course, Turkish fans of Çağatay immediately began to wonder whether the French film was a pure invention of the creators of the series, or whether it was a real project of the star.

However, the French film is most likely just a fantasy of the scriptwriters. But Çağatay also has a real work. For almost a month now, he has been filming the new movie Deadlock of Struggle / Mücadele Çıkmazı, where he plays a scavenger and the father of a small child. According to the actor, it will be a completely new experience for him. Filming will end at the end of September and the movie will be released in 2021. As you know, Çağatay never repeats himself and prefers to fully absorb his character, so the new image that caused so much surprise is part of his new work, which we will see only next year.

But already in a week we will see Çağatay Ulusoy on the screens. A promo of the 3rd episode of the series Call my agent / Menajerimi Ara starring the actor has got 1 million views on the official account on YouTube in less than 15 hours. Another 330 thousand views were added by the Star TV channel. It is noteworthy that less than 84 thousand viewers have subscribed to the official account of the series so far.

It seems that the Turkish audience missed the superstar a lot. Fat, thin, homeless or combed – Çağatay Ulusoy always remains on the agenda.