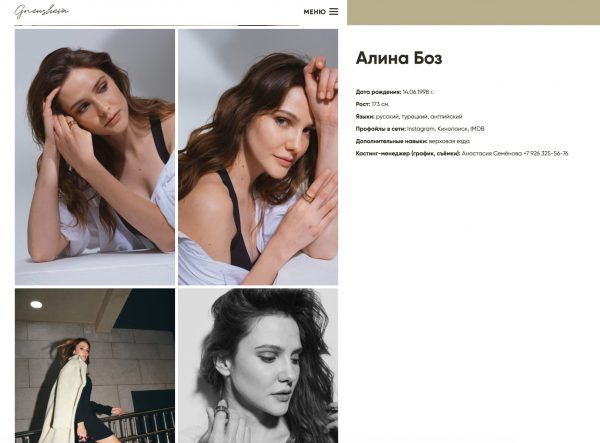 Alina Boz has joined Natalia Gneusheva’s Russian acting agency. Does this mean that we can wait for the appearance of an actress in Russian projects? Maybe yes.

Two years ago, a series of joint Turkish-Russian production “The Sultan of My Heart” was broadcast in Russia with great success. Fans are still waiting for a sequel, but no second season is planned yet. However, it is possible that the cooperation will continue and the success will be consolidated by other TV Shows. Perhaps such a Russian-Turkish project is in the plans of the young actress. Although, of course, the pandemic has significantly increased the duration of work.

It is also possible that we are talking about Netflix projects, because Alina has already starred in the series Love 101, which has received worldwide recognition. Moreover, Netflix aims to expand in Russia, especially after the success of several Russian TV series on the platform. We remind you that Alina is half Russian, so there is no language barrier.

So what project will the young star go to? Will it be on television or for the digital platform. But for now Alina started working on the ATV TV series Maraşli. We will have to be patient until the end of the filming of this project.