Did the TV series Barbarossa: The Sword of the Mediterranean fail? 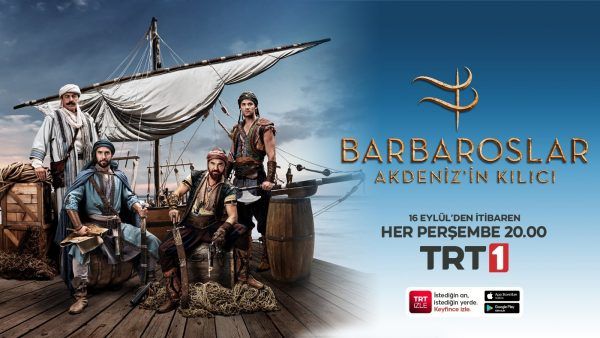 The fascinating history of corsairs, ships, battles, excellent actors, a huge budget – all this gave hope that the series Barbarossa: The Sword of the Mediterranean Sea would become the major hit of the Turkish air. But something went wrong. What will the creators of the project do now?

The TV series of the state channel TRT1 and ES Film TV company Barbarossa: The Sword of the Mediterranean was one of the most anticipated by Turkish viewers. Not surprisingly, the first episode of the project topped ratings, but then something went wrong. The audience was disappointed with the quality of special effects at the level of the 90s of the last century, a rather boring story and a poor cinematography. The result is a drop in ratings. This week, the project did not even make it into the top ten most watched TV series in Turkey.

The management of ES Film and the state TV channel are well aware that their show did not live up to expectations and are doing everything possible to change the situation. A week ago it became known that from the fifth episode, the script of the project will be written by a new team led by experienced Serdar Özönalan and Hakan Erimez, who previously worked on the series Resurrection Ertugrul and Awakening: The Great Seljuks.

And now, a new major change. The producers said goodbye to director Doğan Ümit Karaca and cinematographer Munir Gyursoy. The new director of the project is Berat Ozdogan, who was previously the second director of the series Awakening: The Great Seljuks. The operator group was headed by Ersan Çapan. The new team began filming Episode 6 on Tuesday. Whether these radical changes can bring back the audience or the disappointment has proved to be too great, and they will be of little help, we will find out in the coming weeks.