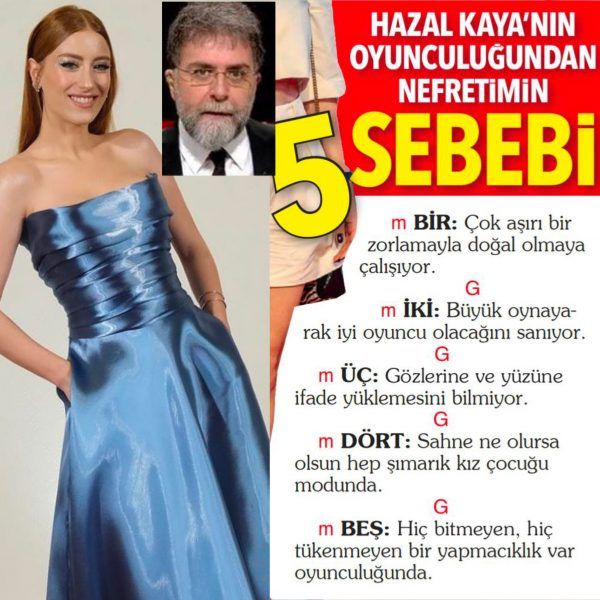 After the undoubted success of the series “Midnight at the Pera Palace” in Turkey (almost everyone has been talking about the series for three days), journalists immediately tried to stand out from the mass of laudatory reviews and impress with their “out-of-the-box” thinking.

Thus, journalist Ahmet Hakan, who previously worked as a columnist for the right-wing radical Islamist newspaper Yeni Şafak, announced that he hates Hazal Kaya’s acting skills, as she greatly overacts, she does not know how to play with her eyes, she is always in the mode of a capricious girl and there is an endless artificiality in her acting.

The manager of the actress Engin Aykanat immediately answered the journalist, calling him corrupt and confessing that he was not at all surprised by his flow of hatred, and does not expect anything else from corrupt journalism in this country. Aykanat usually expresses more politely, apparently here his patience ended.

Selin Şekerci reacted even more sharply, saying that Sunday began fruitfully for the journalist, he imposed a bunch of crap. Do they respond with a million reasons why they hate him?

You are not a writer;
You’re a shitty journalist;
You’re a bag of wind;
You are spineless;
Your inferiority complex is endless;

However, everything, as always, will be decided not by journalists and managers of stars, but by ordinary viewers. Already yesterday, the number of followers of Hazal Kaya on Instagram reached 6.8 million. Over the past three days since the release of the series, subscriptions to the actress’s account have increased dramatically. For three days now, the name Hazal has been trending on Twitter. This is what determines the value of acting – when it evokes emotions in the audience.

P.S. Ahmet Hakan, who was educated at a religious lyceum in Bursa and worked for the far-right Islamist newspaper Yeni Şafak, hates Hazal Kaya not for her acting, but for her civic stance, which conflicts with his conservative outlook on life.