Is the series Wild Abandon / The Uysals a flop? 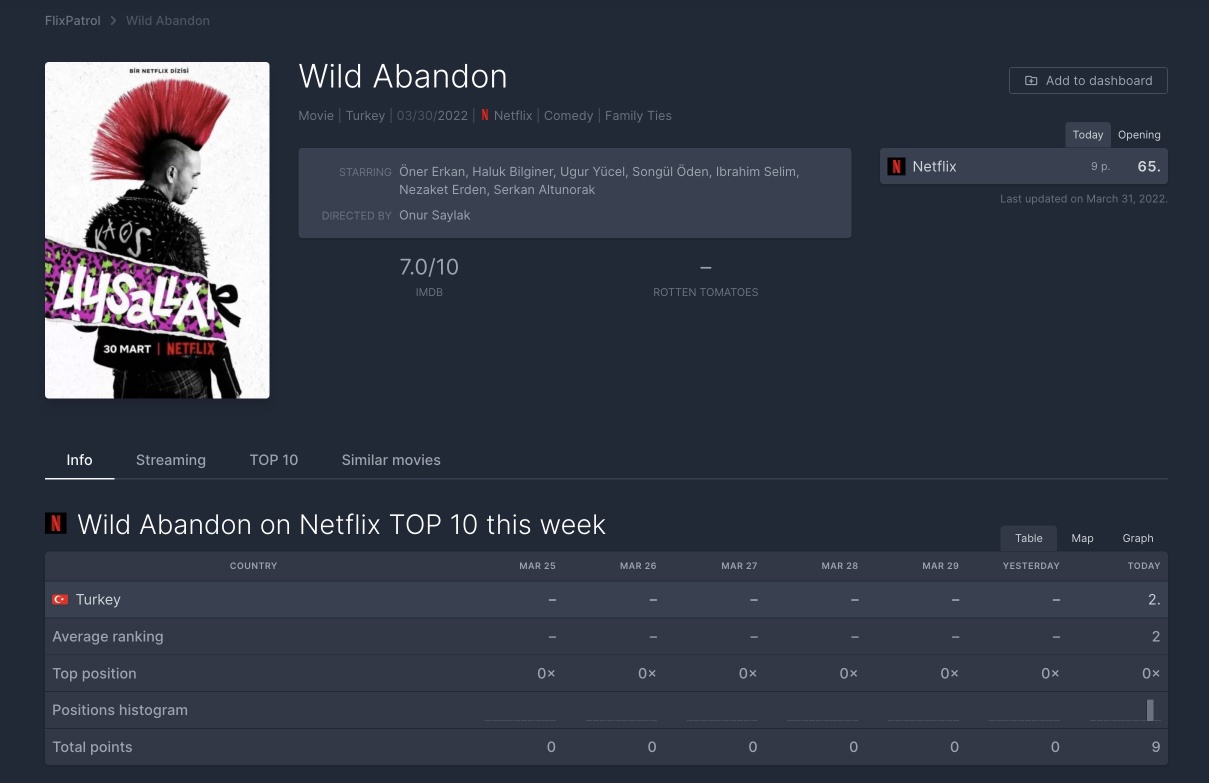 The series “Wild Abandon / The Uysals” did not become a worldwide success, as happened with the previous Turkish series of the Netflix platform “Midnight at the Pera Palace” (by the way, the latter holds the 35th position in the global Netflix top), or the film “In Good Hands “(4th position in the world top). Unlike its predecessors, “Wild Abandon” ranked only the 2nd in the top of Turkey and did not arouse more interest anywhere in the world. Let’s see what happens today, but usually such a start means only one thing – it’s a failure.