Why Özge Özpirinçci does not advertise the series ‘Yakamoz S-245’ 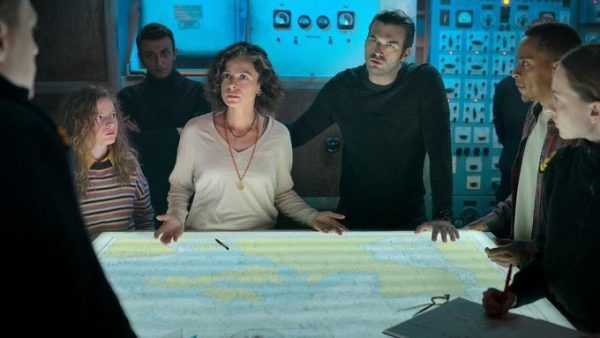 Gossips from the 2nd Page program criticized the series ‘Yakamoz S-245’, finding it not interesting enough, the acting is mostly mediocre, but not bad, and also gossip why Özge Özpirinçci did not publish a single post advertising the series and did not attend premiere dinner. The official version that Ozge could not leave her daughter did not convince them: the actress could give the baby to dad or grandmother for two hours, nothing would have happened.

At the same time, the number of publications on Instagram that Ozge made, advertising the series ‘First and Last’ (12 posts) and ‘Yakamoz S-245’ (none posts), is fairly compared. However, Ozge was one of the first to visit the Tatlıtuğ-Dizer family in the hospital and is generally very friendly with Kıvanch, so it’s clearly not about him. It seems that the journalist concludes that the case is in the Netflix platform, which emphasized that this is the series of Kıvanç Tatlıtuğ and simply forgot about his co-star. Perhaps it offended the actress.

Also, gossips noted an interesting fact – while digital platforms do not make their own stars, they only borrow already ‘ready-made’ ones from television.